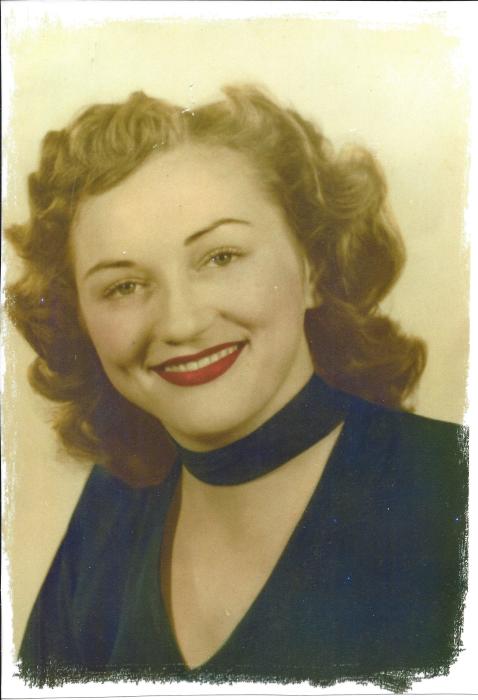 W. Jean (Brown) Sipes was born on Dec 23, 1930 in Braggs, OK to William Simpson and Iva Brown.  She graduated from Braggs High School in 1948.  She retired from Tulsa World Publishing Co in Tulsa, OK after working there for 26 years.  Jean died and was taken up in her Heavenly Father’s arms on Jan. 15, 2018.

Jean is survived by her husband of over 52 years, Bill Sipes of Owasso.  Jean also leaves behind 3 children, 9 grandchildren and 5 great grandchildren.  Her oldest is Floyd Bailey, and his son, Zachary Bailey and daughter, Macie Bailey.  Zachary has 2 children; Vincent and Nova Hilgenann.  Jean’s daughter Marlene Compston has 3 children: daughter, Alicia and her husband, Joshua Hicks and son Dakota who cared for Jean for many years in their home; son, Ross Compston, and his wife, Niki and daughter, Skylar; and son, Keith Compston.  Jean’s youngest is Brett Bailey and his wife Alesia who have 4 children; daughter Kaitlin Bailey and her daughter, Aubrey; son, William Bailey; daughter, Cassandra Bailey; and daughter, Abigail Bailey.    Jean is also survived by 2 sisters; Bertie Brooks of Ft. Gibson, OK, and Eula Harris of Albuquerque, NM.

Those closest to Jean will always remember her for the loving heart she had for her family and friends.  There will be a memorial service held on Sat, Jan. 20 at 2:00 pm at the Baptist Village Alsup Chapel, 7410 N. 127 E. Ave, Owasso, OK.  The service will be casual attire as the family shares their favorite memories of Jean.

To order memorial trees or send flowers to the family in memory of Wilma Jean Sipes, please visit our flower store.