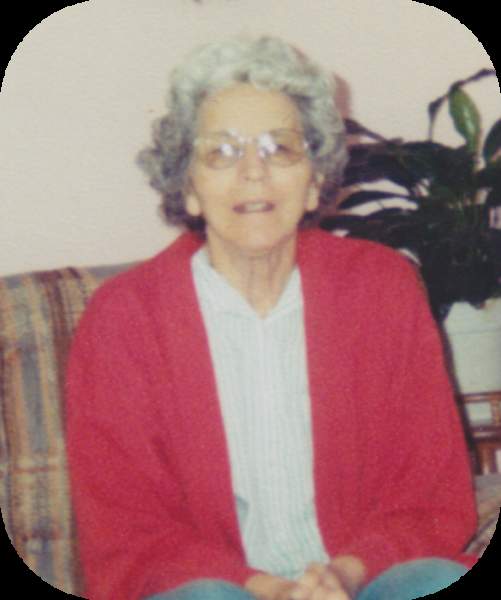 Although her name was Wilma, she was known by many as Joy, which is exactly what she brought to anyone who met her. Joy lived beside her husband Charles, her son Alan and his wife Nyla. Joy was raised in the small town of Sperry, where she spent her days calling her family and asking endless questions. Joy lived by her name in every aspect of life. Although her soul was put into a small frame, her personality brightly shined. She had an unbelievable talent for music, which she demonstrated on the piano with every opportunity she was given. We all know the gifted Joy and also remember her goofy personality. Joy loved to talk, but it often got her in trouble because Charlie would want to leave, while she would stay and start a conversation with anyone who was willing to listen. She was stubborn as she was kind. If anyone tried to tell her what to do, she would roll her eyes, shake her head and then do whatever she pleased. She cared for others and never put herself above anyone else. That caring demeanor is what allowed all of us to love her. The day she left, the world lost an amazing soul, but Heaven gained a beautiful Angel. The loss of her life is a perfect example that death is not the end. While our beloved Joy stares upon the Lord’s face and becomes perfect, we cry for the loss but rejoice for the eternal life that she has only just begun.

She was preceded in death by her parents, Edwin and Opal Marston; and grandson, Blake Alan Downing.

To order memorial trees or send flowers to the family in memory of Wilma Joy Griffith, please visit our flower store.