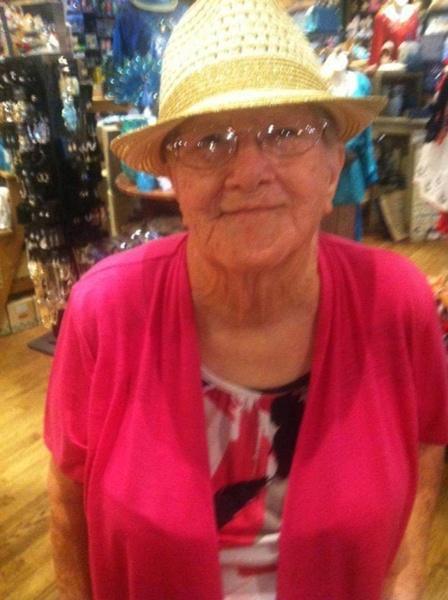 Willie Jo was born and raised in Quinton and graduated from Quinton High School. She later moved to Tulsa and worked for Tulsa Public Schools for 16 years. Willie Jo loved going to church, enjoyed movies, and loving on her dog, Daisy. She loved her family and spending time with her children and grandchildren. Willie Jo was adventurous and enjoyed going on small vacations.

She is survived by her daughters, Pam Burris and husband, Ted of Tulsa, and Virginia Green, and Darrell Gunn of Tulsa; son, James Green of Skiatook; 6 grandchildren; 17 great-grandchildren; 1 great-great-grandchild; sister, Betty Lou Contreras and husband, Carlos of McAlester; nieces, Tina Doyle of Wagoner, and Lynn Eldridge and husband, Steve of Indianola; nephews, Hayden Howard and family of Stigler, and Matt Spoonhaur and wife, Mary of Monroe, WI; and many other relatives and friends.

Click to download / open
To order memorial trees or send flowers to the family in memory of Willie Jo Green, please visit our flower store.