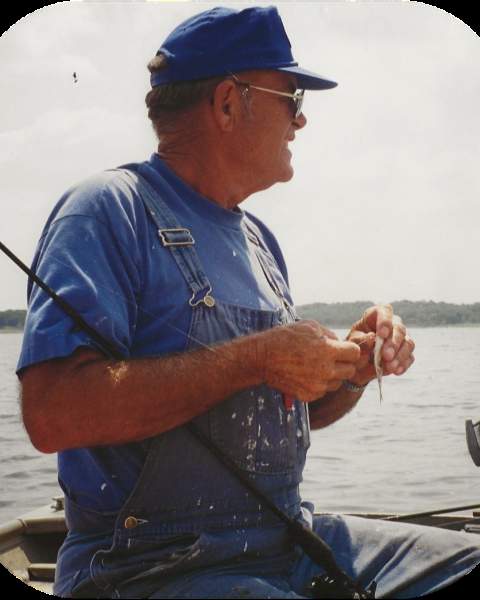 Family arranged memorial services for Warren Walter Thomas, 92, of Bartlesville, OK will be held Saturday, October 1, 2022, at 10:30 AM, at Trinity Baptist Church in Bartlesville, OK, with Reverend David Mendenhall officiating.

Warren was the first of three children born to Doss and Inice.  Warren attended Shidler High School until the age of 16 at which time he left school and joined the U.S. Army. He was discharged from the Army at the end of WWII and upon returning to Shidler he earned his GED. Warren then went to work for Phillips Petroleum Company as a line walker. Warren took a leave of absence from his employer in 1950 and re-enlisted in the Army at the start of the Korean War where he served in the Airborne Division. He was a decorated combat veteran while in Korea and was honorably discharged in 1954. Warren then resumed his career with Phillips Petroleum with whom he remained employed until his retirement in 1985, Warren married Muriel Rittenhouse in 1956 in Pampa, Texas and they remained husband and wife until his death. Warren and Muriel grew their family with the addition of two boys, Paul and Kenny. Warren was an engaged father, pointing his sons to Jesus, teaching his sons life lessons at every point, attending sporting events and all that goes with having two boys. Life was good at the Thomas household. Then the worst possible event that could happen to parents happened, Kenny, their youngest son was killed in a tragic accident on September 4, 1972. It took years for the Lord to walk them through this loss, but He was faithful to do so. A large part of this healing process happened when their son, Paul, married Janis Green in 1981 and then blessed Warren and Muriel with two grandsons, Joshua Paul Thomas, born in 1983, and Andrew Warren Thomas, born in 1985. Their grandsons were and are the light of their life. After retirement Warren set out to catch every catfish in Kaw Lake, keeping what he could eat and reluctantly returning the others, he very nearly succeeded in his effort. Once he had that out of his system, he became the handyman for all of Shidler, where he could serve the Lord in a very hands on way.

Warren is survived by his spouse of 66 years, Muriel Thomas; son Paul Thomas and wife, Janis of Bartlesville; grandsons, Josh Thomas and wife, Jennifer of Oklahoma City, and Andy Thomas and wife Melissa of Thomas, OK; great-grandchildren, Gideon Thomas, Uriah Thomas, Cohen Thomas, and Makenna Bieler and husband, Donovan; Everly Thomas, and Schafer Thomas; and many other relatives and friends.

In lieu of flowers, the family requests that memorial donations in Warren's memory be made to:

To order memorial trees or send flowers to the family in memory of Warren Walter Thomas, please visit our flower store.