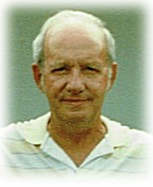 Walter joined the Navy at age 17 and went on to battle in WWII and served 7 years before being honorably discharged. He then went on to work at Harsco Air-X-Changers until retirement. After retirement from Harsco, he went on to drive RV’s around the country for Lewis RV. He enjoyed hunting and fishing, poker nights with family and friends, big holiday dinners with family, but most days, you could find him sitting in his recliner, drinking a Pepsi, and watching WWE with his wife Thelma. He will be missed.

He was preceded in death by his sons, Tim Mead and David Mead; brother, Ben Earl Wilson; and parents, Frank and Onia Mead.

Click to download / open
To order memorial trees or send flowers to the family in memory of Walter Roy Mead, please visit our flower store.