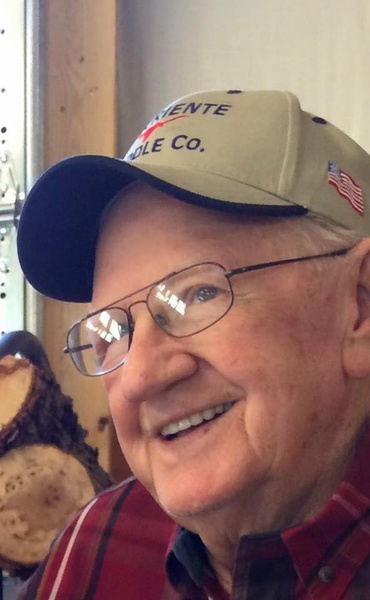 Virgil attended Sperry Schools and was nicknamed "The Joker" by his senior class. He was the president of his senior class, and made All Conference Football, and Football captain his senior year. Virgil was also a football escort for three years, as well as basketball, baseball and student council. He was a dedicated student and achieved 12 years perfect attendance. During and after high school, Virgil worked in the oil fields. In 1958, he married his high school sweetheart, Shirley James. They lived in the Sperry/Skiatook area and raised three children who are proud to call him Dad. Over the next several years, Virgil worked for Tulsa Winch, Safeway, and Standard Parts, and ran a backhoe and dozer business with his brother in-law, Bill Duncan. Later, he went to work for Osage County as the road superintendent, before becoming County Commissioner in 1990, and then retiring in 1996. In 2011, Virgil was chosen to be Honored Alumni. During retirement, he continued to operate his backhoe business and went back to his roots in the oil field, partnering with Jim Burt, Junior Maybee and Buddy Maybee to form Hope Partners. Virgil enjoyed fishing, gardening, blacksmithing and bee keeping.

Memorial donations in Virgil’s memory may be made to First Baptist Church, PO BOX 907, Sperry, OK 74073.

To order memorial trees or send flowers to the family in memory of Virgil Williamson, please visit our flower store.