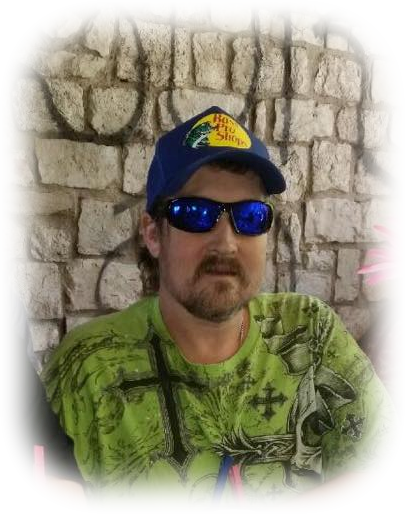 Tracy and Renee loved watching movies and old sitcoms, especially Gilligan’s Island. It made Tracy laugh. He enjoyed playing video games, and remote control cars, riding dirt bikes, four wheelers scooters and his bike. Tracy also enjoyed building model cars, painting, planting a garden with his dad, and setting up and selling tomatoes. It brought great joy to him to be with his dad. Tracy loved going fishing with his brother, Mark, George, and his dad. He was helping his neighbors in need while he was able. Tracy was always laughing and having a good time and loved playing and being with his dog, Petunia. He wanted to be here long enough to meet his great-nephew, Hunter Spencer. Tracy loved spending his days with Renee, and she never left his side. His mom, Loulie was very special to him and she never missed a doctor’s appointment with him. They liked just riding around and talking. Tracy would always tell his mom that it was going to be okay. His favorite thing was calling his mom every day, at least 50 times. Sometimes she would say “Tracy is calling again.” Tracy liked spending time with his brother, Shaun and they did a lot of things together. Tracy fought cancer for six years, but God saw that he was getting tired, so he decided to call him home. He will be missed. Tracy had a great personality and smile. He has left us but we will never forget him.

Click to download / open
To order memorial trees or send flowers to the family in memory of Tracy Glen Brooks, please visit our flower store.