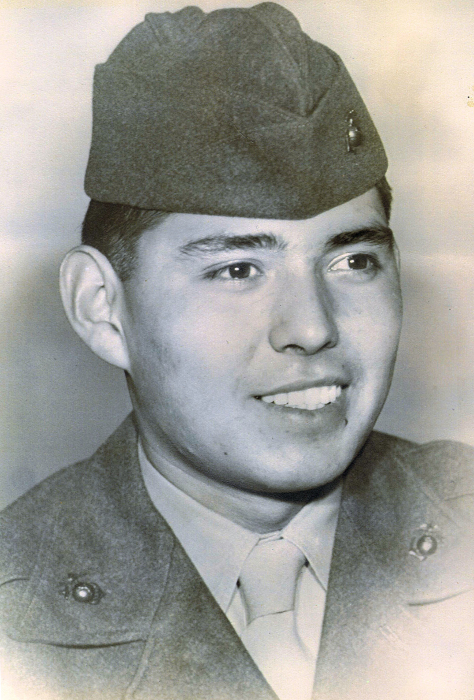 Bud joined the Marines at the age of 16 as a Weapons Supply Clerk and Carpenter. After the Marines, he worked for McDonnell Douglas in Tulsa, where he met his future wife, Lucille Wilson. He later became a cabinet maker. He was a very talented carpenter and home builder. Bud and Lucille became married on October 24, 1952 and were married for 58 years. Sherman was a boxing coach at the Tulsa Indian Youth Council. He trained boys from all over, including his son, Sherman “Cochise” Wilde, Jr. and James “Quick” Tillis. Bud took them to tournaments all over Oklahoma. Bud became friends with the deacon at Trinity Episcopal Iron Gate, where he went to lunch for the last 15 years. Bud was a strong man that fought cancer with a positive attitude and was walking a mile a day until he was no longer able.

He is survived by his daughters, Helen “Joyce” Spencer and husband Silas, Jr. of Tulsa and Delores Marie Wilde of Tulsa; grandchildren, Tonya Hall of Owasso, Shawn D. Wilde of Tulsa, Christina Harkey of Tulsa, Valerie Taylor of Owasso, Justin Harkey of Caney, KS, Sherman “Trae” Wilde III of Tulsa, Misty Belcoff of Houston, TX, Mandy Ketchum of Ogden, UT, Timissa Adams of Skiatook; 23 great-grandchildren; a host of nieces and nephews (whom he loved dearly); sister, Dolores N. (Wilde) Riley of Pawnee; and many other relatives and friends.

Memorial donations may be made to

Your browser does not support this video format. You should be able to view it in Chrome, Safari or Internet Explorer.
To order memorial trees or send flowers to the family in memory of Sherman H. Wilde, Sr., please visit our flower store.