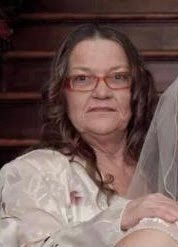 Ruby and Billy were married at a young age, Billy was 19 and Ruby was 16. They were married on June 9, 1967. Billy was later drafted into the United States Army February 27, 1968. Billy completed his faithful duty to his country. While Billy was in AIT, their son, Billy Jr. came into their lives. In November 1968, Billy was assigned a tour in Vietnam. Billy ended his duty for the Armed Forces and came home. Ruby and Billy then discussed their lives and decided it was best to go their separate ways. 14 years later, their Lord and Savior found a way to get them back together again and they survived another 37 wonderful years together. They also had three beautiful daughters in their lives after regaining their senses.  Their children are the love of their lives and Ruby and Billy do not know what they would do without them. Ruby and Billy also have numerous grandchildren and great-grandchildren, which they love as well.

Ruby was a wonderful wife, mother, grandmother, and great-grandmother. She loved pretty flowers, drawing, painting, watching westerns, and tending to her horses. Ruby was also an avid Elvis Presley fan. Ruby also raised lots of kids that were not hers. She could always judge a person’s character just by meeting and talking with them; She was never wrong. Ruby was always a loving person until someone got on her bad side.  Ruby had worked hard all her life and was the strongest, most stubborn woman her family had ever met. She kept her husband, Billy and the family in line. Not only did she work in nursing, but Ruby also drove their big rig over the road with Billy. That is right, Billy says, “My wonderful wife, Ruby drove our eighteen-wheeler over the road with me.” There were times, that Ruby and Billy would have 6 grandchildren on the road with them at any one time. Billy would say “Well shut my mouth, I could go on and on about great road trips that Ruby, myself and the grandkids had been on, but it is time to let go for now.” She will be missed more than she could ever imagine. She will always be on Billy’s mind and in his heart until he can be with her again.

Honey, I will always love you, You will be in my heart forever. I love you, Goodnight.

Click to download / open
To order memorial trees or send flowers to the family in memory of Ruby Dell Byrd, please visit our flower store.