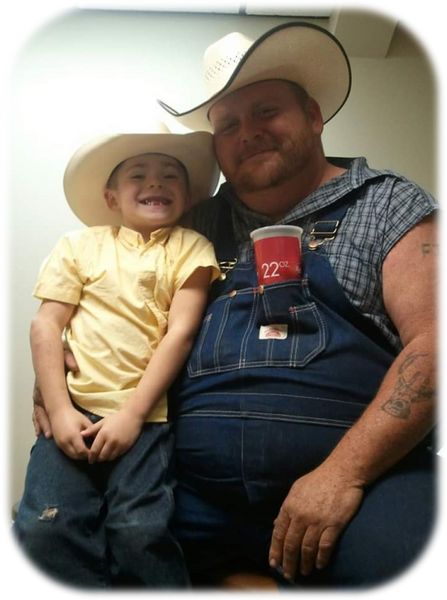 Ronnie Joe Fisher, Jr. was born on February 26, 1977, in Pryor, OK, to Ronnie Joe Fisher, Sr. and Rita Kay Merrill. He went to his Heavenly home on November 26, 2019, in Pryor, OK at the age of 42 years, and 9 months. Memorial services were held on Sunday, December 8, 2019, at Little Rock Free Will Baptist Church in Locust Grove, OK. Brother Rick Condit officiated.

Ronnie was a lifetime resident of Locust Grove where he attended Locust Grove Public Schools and played basketball, and football. He was also on the wrestling team. At an early age, Ronnie Jr. enjoyed going fishing and hunting. He loved watching his son, Caleb play basketball and football. He taught Caleb about all about fishing, including fishing for spoonbill. He also taught his daughter, Christina how to drive. Ronnie loved Harleys and rode for RU4C, OK Riders, and Southern Cruisers. Ronnie Jr. began his working career at Express Welding in Big Cabin, then went to work for American Castings, then Orchids in Pryor for a month and a half. Next Ronnie Jr. attended Tulsa Truck Driving School and went on to drive both locally and over-the-road. He especially loved traveling to Wisconsin. He attended Spavinaw Free Will Baptist Church with his parents for several years and was baptized by Brother Bill Grass at an early age. Ronnie accepted Jesus Christ as his Savior with Brother Rick Condit on Sunday, November 24, 2019, with family and friends gathered around at his bedside.

He was preceded in death by his maternal grandfather, G.W. Merrill of Locust Grove; and paternal grandparents, Gene and Helen Honeycutt of Chouteau; and Billy and Imogene Holmes of Coweta.

To order memorial trees or send flowers to the family in memory of Ronnie Joe Fisher, Jr., please visit our flower store.