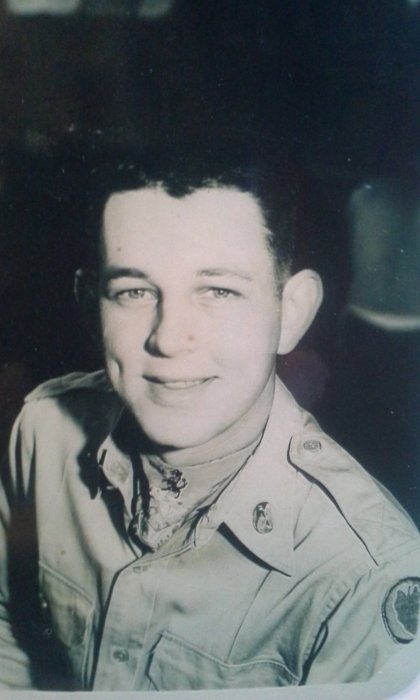 Robert was raised in Sperry and while attending high school became involved with the Reserve Officers Training program. He was a member of the Army National Guard before going on active duty during the Korean War. While stationed at Fort Sill, Robert trained many troops before going to Korea himself shortly after the war had ended. Robert married his high school sweetheart Charlene Hohenstein, April 23, 1956 in Jay, OK. Robert and Charlene moved to Turley where they raised 4 children. Robert found work in Tulsa with the Jaycees, but was always skilled in mechanics. He went to work in the automobile business in the early 1960's and would stay in that industry the rest of his working career. Robert developed a love of the outdoors and was an accomplished hiker and camper. Robert was a devoted family man and will be greatly missed by all those who loved and admired him.

He is survived by his wife of 60 years, Charlene Pierce of Bixby; son, Michael Pierce and wife Annetta of Bixby; daughters, Robyn Pierce and husband Jonathan Wilkinson and Mendy Gates and husband Charlie; grandchildren, Joshua Pierce of Sapulpa, Taylor Weigant and husband Kevin of Colorado Springs, Amanda Byers of Bixby, and Elizabeth Gates of Bixby; brother, Jack Pierce of Collinsville sisters Jane Ann Juby of Owasso and Judy Harrison of Collinsville; and many other relatives and friends.

He was preceded in death by his parents; sister, Patty Hughes; and son, Steve Pierce.

Online donations may be made at https://clarehouse.wufoo.com/forms/zwsxlga1jp2cuk/

To order memorial trees or send flowers to the family in memory of Robert Doyle Pierce, please visit our flower store.