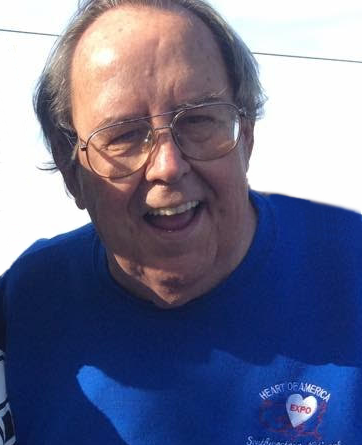 Ranny worked in his early years at Otasco an auto parts store. Later he worked at Flancher Dairy milking cows, and would go home to milk his own cows. He would later go on to work at Napa Auto Parts as a night warehouse manager where he retired. After retirement, Ranny decided he was bored and went back to work at Walmart in the produce department, he would officially retire from Walmart. During his years of milking cows something Ranny truly had a passion for he met Wanda Short, and he and Wanda owned Rawanda Farms where a highlight was owning a class winner at the Winter National. The cow would later go on to be nominated All-American. Being around agriculture and livestock was a true love and passion for Ranny. He loved both horses and cows, and was active in the local round up clubs. Although, his absolute true love and passion was helping kids, he was very involved in helping kids with show calves, the rodeo events, and even their sporting events. He hasn’t missed a Tulsa State Fair dairy show in the past 30 years, and his dairy family can attest to that.

He is survived by his brother Doug, and wife Kathy of Broken Arrow; nephews, Chad Hamilton of Houston, TX and Derek Hamilton of Ozark, AL; his self-adopted sons, Galen Conner and wife Jennifer of Wagoner, Clint Conner and girlfriend Lacy of Coweta and Cody Conner and wife Brittany of Broken Arrow, Jeromiah McCause and wife Leah of Sperry and Thomas McCause of Sperry; his self-adopted daughter, Lacey Payne and husband Craig of Broken Arrow, OK; his self-adopted grandchildren, Alyson, Abigail, Brantley, Johnny, Ashton, Caden, Beau, and Casch Conner; Conner and Landen Payne; Lily, Dalton, and Saylor Weber; Tanner, Paisley, Walker, Ashleigh, and Mikey McCause; Blake and Jordan Hughes. His self-adopted great-grandchild, Pistol Hughes; special friends, Charlotte “Rose” McCause and Barbara Oxford; along with numerous cousins, and a host of friends from both the dairy cattle show world, and the round up clubs.

His was preceded in death by parents Wayne and Terry Hamilton; grandparents, and numerous aunts and uncles.

Click to download / open
To order memorial trees or send flowers to the family in memory of Robert Rankin "Ranny" Hamilton, please visit our flower store.