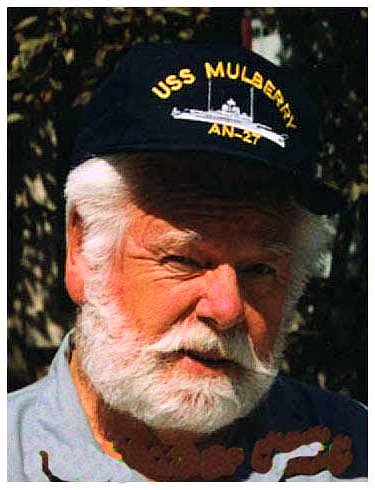 Robert Carl Cooper was born on May 29th, 1931 in Turley, Oklahoma to Stanley Claude and Eva Leona Carl Cooper. He was raised on a small two acre farm in the western part of Turley for nineteen years. He was the middle child of three boys, Wendell Ray Cooper and Stanley Wayne Cooper - all born six years apart.

Robert attended Turley Cherokee School from Kindergarten to Ninth Grade and then graduated from Central High School of Tulsa in 1949. He joined the U.S. Naval Reserves that same year.

Robert married Virginia Maye Sayre, of Sperry, and they had two children, Bobby Cooper and Jenny Ann Cooper, as he continued his carreer in the U.S. Navy.  He served on two naval vessels, USS Caliente and USS Mulberry, and culminated his Naval career by serving at the Pentagon in Washington D.C. where he was honorably discharged in 1958.

Robert took on a variety of occupations throughout his life. He worked at American Airlines in Tulsa in the late fifties, he graduated from the Admiral Beauty College and operated a beauty shop in Sperry during the sixties. Being an accomplished hairstylist, he became a hairstylist inLas Vegas, Nevada during the early seventies where he retired from that business.  When he returned to Turley in the late seventies, his business experience allowed him to serve as an auditor and his sense of aesthetics allowed him to work with the Northside Times and the Wildcat Magazine of North Tulsa.  His skills in the graphic arts allowed him to enjoy painting signs in the Turley area after his retirement.

His legacy involves his spirit of volunteerism in the North Tulsa area, particularly Turley.  He actively participated in charitable and community events associated with the Turley Children's Home, Neighbor for Neighbor, VFW, Turley Lions Club and Cherokee Elementary PTA program. He established the Turley Historical Society and he maintained the Turley Historical website.

He enjoyed a vast number of hobbies, such as gardening, computers, art and graphics, hometown newspapers and crafts of all types.

He is survived by his son, Bobby Cooper of Turley, two grandchildren, Darla Priester and Roger Fetterhoff, both of Owasso and six great grandchildren.

He was preceded in death by his father, Stanley, his mother, Eva, his two brothers, Wendell and Stanley and his daughter, Jenny.

The family requests that in lieu of flowers, that memorial donations in Robert's memory be made to Clarehouse, 7617 S Mingo Rd, Tulsa, OK 74133

To order memorial trees or send flowers to the family in memory of Robert Carl Cooper, Sr., please visit our flower store.