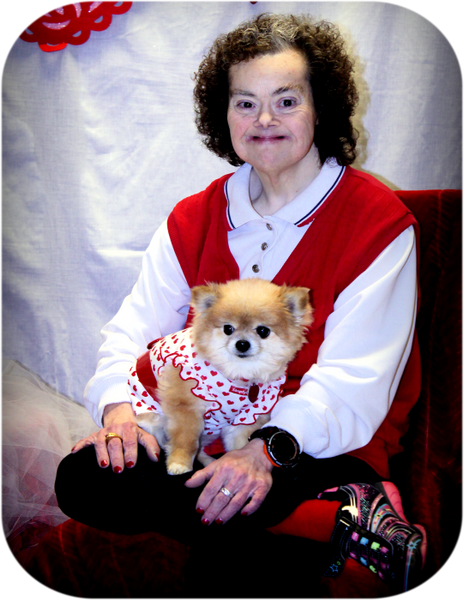 Janie was a very special person to her parents, siblings and everyone she met. She had a sweet spirit, kind with unconditional love. Janie loved attention and having her picture taken. Janie would never let her family forget her birthday was coming up, even several months in advance. Janie like to ride in limousines and so for two birthdays, she was treated to a limo ride, sight seeing and out to dinner. One of those birthday limo treats was provided and driven by Phil Johnson.

Janie attended two schools in Tulsa because at that time, Sperry did not have any special education classes. Janie’s mother, Cleo was instrumental in getting those classes started in Sperry. Because of that, Janie was able to finish her education in Sperry, graduating on 1979. Janie was a member of Sperry Christian Church from birth until her passing. She loved carrying her “Bible” and attending church.

Janie’s hobbies were going bowling (where she could bowl in a league), golfing, collecting and watching movies, listening to music, singing karaoke and dancing. She really liked dancing to Michael Jackson’s Thriller and did it very well. Her favorite singer was Barbara Mandrell. Janie liked Cars movies and Mickey Mouse and decorated her room with both themes. She enjoyed making pictures, cards and other items for her family and anyone.

After her mother passed away in 2009, Janie’s sister and brother-in-law, Sharon and Johnny Ivins, became her guardians and caretakers, as well as her sister, Bettye Crooks.

She is survived by her brothers, Jerry Gaffney and wife, Vicky of Skiatook, and Ricky Gaffney and wife, Kay of Owasso; sisters, Sharon Ivins and husband, Johnny of Sperry, Bettye Crooks of Tulsa, and Marilyn Felts and husband, Dennis of Pryor; nephews, Jeffrey Roller, Scott Roller, Adam Roller, Shane Roller, Paeden Roller, and Ricky Lee; and many other relatives and friends.

She was preceded in death by her parents, William and Cleo Gaffney and her siblings.

Click to download / open
To order memorial trees or send flowers to the family in memory of Rita Jane "Janie" Gaffney, please visit our flower store.