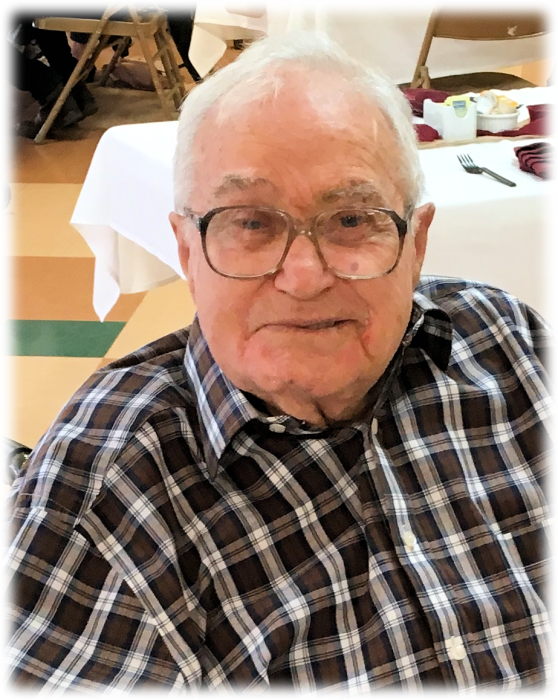 Richard and his late wife Ella Mae, attended Turley United Methodist Church in the 1990’s.  In about 1993, He told his daughter, Linda, that he had joined the church. Linda, in turn, told her daughter, Lori. Lori then called Richard and said “Grandpa, I heard you got saved.” He said, “Yes, I thought I’d better make things right with my Maker.” Recently, Richard mentioned thinking a lot about death and in one conversation with Linda’s husband, Phil, had agreed that prayer was a good thing, and said he was spending time doing that. This gives us a great deal of comfort knowing that he is in heaven with our Lord and walking those streets of gold with his sweet wife and other loved ones who have gone before him.

Richard had the biggest heart for anyone in need. He grew big, beautiful gardens and gave away most of the produce. He was most famous for his delicious and bountiful tomatoes and giant watermelons. He loved all outdoor activities, but Richard loved fishing the most. He was even talking about going fishing this summer. He and Ella Mae had some great fishing trips. His favorite story to tell was about the trophy size bass he caught in his stock pond in Arkansas. He had it stuffed and displayed in an aquarium and told everyone who came by all about it, even if they had heard the story before. Richard and Ella Mae had many exciting adventures in their 42 years of marriage and after her passing in 2015, not a day went by that his heart didn’t long to see her again. Since Ella Mae’s passing, his little Shih Tzu, Maggie, has been the object of his devotion.

Richard was a very talented carpenter. He took pride in the quality of his work. He built many homes in Colorado, in Owasso, and its surrounding communities. He loved to make wooden clocks from sliced tree trunks, kerosene lamp holders, goony birds from shovels and garden forks, and wrought iron bookshelves.

Some of the family’s favorite memories of Richard are: In the summer of 1973, Richard and Rick Aurand were adding a patio cover to an existing house. They did that on evenings and weekends on the side from their regular building jobs. In the middle of the afternoon they were ready to shingle the cover they had just built. Richard said, “We should have a contest to see who could carry the most shingles up the ladder.” Rick said “Sure” and picked up one 80-pound bundle of shingles and carried it up the ladder. Richard then grabbed 3 bundles and up the ladder he went. When he got back down on the ground, he looked at Rick and said, “Okay, son your turn to carry 4”. “No Pop, I think you just won.“ Every time he took his girls with him to the dump with a load of trash, the girls would find treasures galore and try to bring half a load back home with them; or the day he dropped 2 three-day old goats that he had just bought at the livestock auction, off for his granddaughters without asking their parents first; when he tried to get his one year old great-granddaughter to pick up a watermelon the same size she was; and how he used to just giggle and laugh when he would embarrass all of his daughters and granddaughters in front of their boyfriends, or even just the busboys at a restaurant. He loved spending time with his grandchildren, great-grandbabies and great-great-grandbabies.

Click to download / open
To order memorial trees or send flowers to the family in memory of Richard Orvell Wilkinson, please visit our flower store.