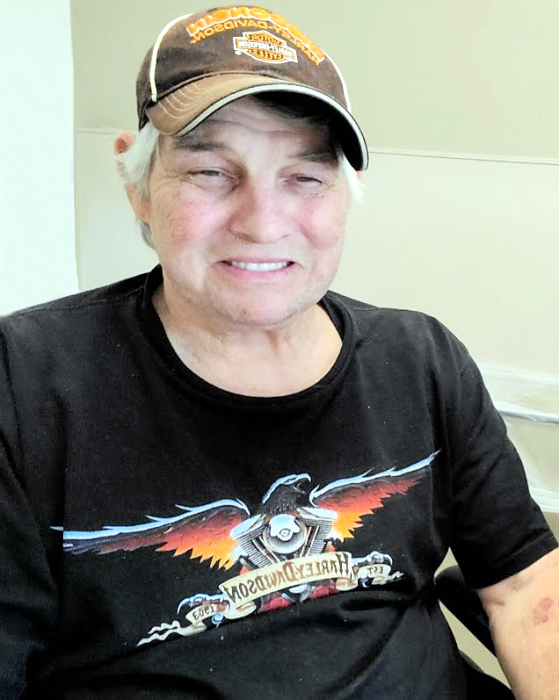 Randy was born September 15, 1959, in Torrance, CA, to Raymond Leon Jackson and Geraldine (King) Burt. He left this world to be with the Lord and his parents on August 7, 2021, in Tulsa, OK.

Randy was one of 6 children and third to be born to Raymond and Geraldine. Following Raymond’s death in 1967, Paul Burt raised Randy and his siblings as his own. Randy was a country boy through and through. He was ornery but genuinely kindhearted to his core. Randy attended Sperry Public Schools and was known as the class clown. He got a kick out of making his peers smile. At the age of 17, Randy was married to Teresa Rooker and together they had a daughter named Lisa. Randy was employed as a transmission specialist and took particular interest in Harley Davidson motorcycles. He enjoyed working with, and collecting all things, Harley. Later in life, Randy became disabled after a series of strokes. After such time, Randy came to know that he also had a son named Dustin. In the last parts of Randy’s life, he loved attending family get-togethers and watching the children grow up.

Randy will be deeply missed by his sisters and remaining family and friends.

He is survived by his children, Lisa Jackson and Dustin Lint; sisters, Theresa Jackson Nicoloff, Christina Bowers and Connie Burt Jackson; brother, Dalton Jackson, who unexpectedly passed away the following morning; numerous nieces and nephews; and many other relatives and friends.

He was preceded in death by his parents, Raymond Jackson, and Geraldine and Paul Burt; brother, Richard Jackson; and several aunts, uncles and grandparents

Click to download / open
To order memorial trees or send flowers to the family in memory of Randall Erwin "Randy" Jackson, please visit our flower store.