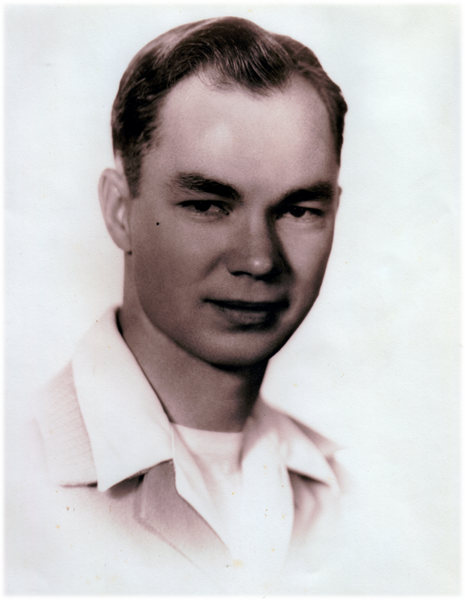 Ralph was born December 2, 1923 in Purcell, OK, to Joe Edward and Lucinda Jane “Lula” (Ferguson) Parker. He passed away peacefully to be with his Father in Heaven on October 29, 2020 in Collinsville, OK.

Ralph attended Purcell Schools and graduated from Purcell High School. He served in the Army Air Force from 1945 until 1951. He graduated from Oklahoma A&M in Stillwater in 1950. While attending A&M, he was able to assist in the construction of the student union on campus.  Shortly thereafter, Ralph met his sweetheart, Juanita, and they married November 9, 1951. Ralph received a degree as a mechanical engineer and worked for Phillips Petroleum in Bartlesville until his retirement in 1985. In 1960, they welcomed first child, Michael, and in 1962 son, Dan, and in 1964 daughter Linda. Ralph greatly valued education and encouraged his children to pursue their goals. Ralph enjoyed hobbies such as building an airplane, being a part of camping clubs, listening to big band swing music, photography and maintaining a well-manicured lawn. Ralph was an active and dedicated member at First Baptist Church, Collinsville, OK, for 20+ years. Family would use these words to describe Ralph…hard working, intelligent and kind. He will always be “pawpaw” to all of his grandchildren and great grands.

Click to download / open
To order memorial trees or send flowers to the family in memory of Ralph O. Parker, please visit our flower store.