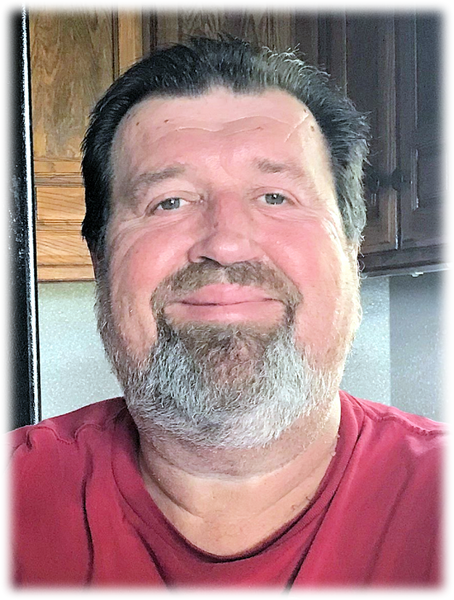 Nathan was married to Sheri Elizabeth Ward on August 14, 1987 in Tulsa, OK. He was a lover and a friend to her and called her “Sheri My Love.” Nathan worked as a delivery driver for most of his life to support his aspirations of having a family with land and animals. Together, Nathan and Sheri had four children, each two years apart and he often joked that the kids don’t look like the mailman, they look like the pizza delivery guy. After some beginning years for his family in Oklahoma and an adventurous year in California, he finally moved them to rural Oklahoma where he began to live his dream. He had wooded acreage and started collecting animals; dogs, cats, chickens, goats, and an occasional stray pig. In 2010, Nathan and Sheri bought a home in Tuttle, OK where the dream continued with horses instead of goats. The horses climb less and they’re fun to ride. Throughout his life, Nathan grew as a husband, father, and Christian man. At every opportunity, he invested his variety of skills and love of God and the Word into his children. He was an artist, handyman, auto-mechanic, carpenter, mentor, percussionist, gardener, chef, junk re-purposer, dad-joke teller, professional napper, and, recently, a preacher to some of his drunken Uber riders. He loved to fish, talk about hunting, and wear camo when he wasn’t hunting. Nathan was the kind of man that got along with everyone. He struck up friendships with people at all levels of society and treated them all equally. His generosity was above and beyond. Nathan strived to be a better man every day and his success was shown by his countless blessings. He was loved by many, but truly known by few. On April 9, 2019, God decided to start Phase 2 of his dream. He’ll have a rustic mansion with an abundance of land, ponds where the fish are always biting, all the animals he could want, a big outdoor kitchen, the butteriest popcorn ever, and probably a lot of random junk. His biggest dream of all will come true when his wife, kids and grandchildren, are reunited with him in Heaven.

He was preceded in death by his parents, Glen and Aline Dick; and brother-in-law, Rodney “Goober” Wood.

Click to download / open
To order memorial trees or send flowers to the family in memory of Nathaniel Levert "Nathan" Dick, please visit our flower store.