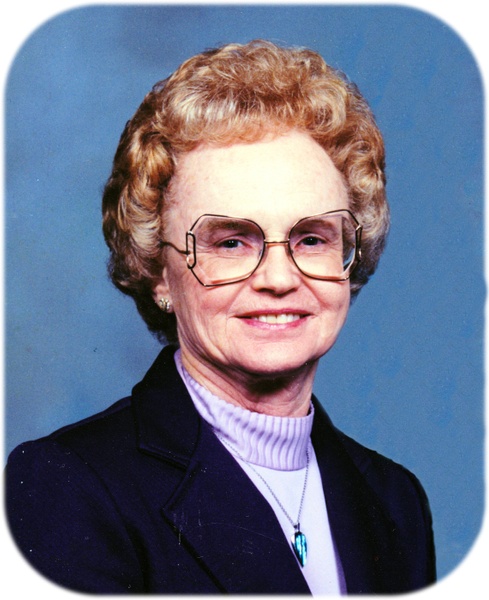 Mona was born November 12, 1931 in Harper County, KS to her loving parents, Earl and Elizabeth Isabelle (Rose) Rousseau of Waldron, KS. She left this life to be January 6, 2019 in Owasso, OK.

Mona was the fifth child, having one sister and four brothers. Her childhood was spent on the farm with her parents and siblings. Sometime after graduating from high school, Mona came to Tulsa to begin nursing school and work at St. John Medical Center in Tulsa. While working at the hospital, Mona caught the eye of the son of a patient of hers. Mona married Ernest Hoffman on March 15, 1952 in her hometown in Kansas. Soon after, began their family with the birth of sons, Ernest and Steve, and daughter, Judy. Mona was a full-time mother and homemaker. Her home was always clean and tidy, and she was also an awesome cook. Mona’s family benefitted greatly from her love of cooking. She hosted large family gatherings for many, many years. She was famous for her noodles. Mona always made everyone feel welcome in her home. Mona had a few hobbies, crocheting and quilting, just to name a couple. However, Mona especially loved taking care of her family.

Mona played the piano for church and the church choir. At home on Sunday afternoons, Mona or Judy would play for family off-key sing-alongs. She showed her love of the Lord by her faithful attendance; she was present for every church service unless she was sick or on a fishing trip with Ernest. Mona taught Sunday school classes, VBS classes and loved her wonderful church family. The thing she was the best at though, was being sweet and loving. At every assisted living facility or nursing home she lived in, she was always known as “Miss Mona”, the lady who was always smiling. Even at times when she had to have felt lost and afraid, or just didn’t understand what was going on, Mona always had a smile. Mona’s grandchildren will tell you that she was the sweetest, kindest, and best grandma that God ever gave anyone. She truly had a servant’s heart and expressed her love for the Lord, her family and friends by her sweet spirit, friendly smile and giggle. We will greatly miss her sweet smile while we live out the remainder of our lives here on earth, but we are so grateful that she is at home, at peace, and now she has back all her memories of us, that while here on earth, she could no longer recall.

To order memorial trees or send flowers to the family in memory of Mona Jean Hoffman, please visit our flower store.