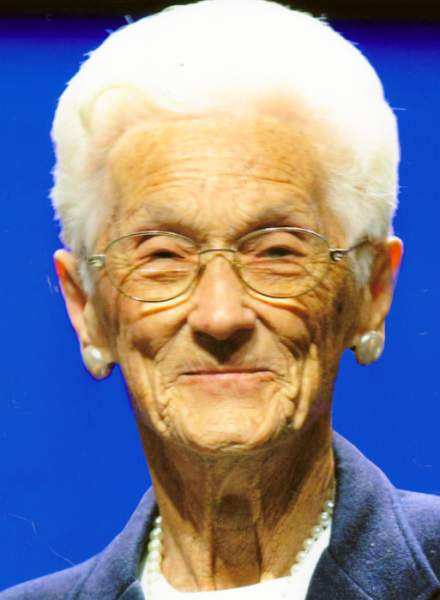 June was raised in West Tulsa and graduated from Webster High School in 1947 where she was inducted into the Hall of Fame Alumni. She married Ralph Eugene Dean on August 23, 1946 and they shared over 65 years of marriage before Ralph passed on July 5, 2013. June proudly raised four sons, Kenneth, Arthur, Walter and Scott, in Sperry, OK, where Ralph and June moved to rear their family. She was the epitome of a homeroom mother helping with all school functions, cheering them at baseball, football and wrestling matches and any other way that she could help out, always willing to give a helping hand. June was active at the First Baptist Church in Sperry, she was active in the Women’s Mission Union, and enjoyed working with fellow women of their church. She enjoyed working each summer at church camp at Falls Creek. Moving to the Owasso Baptist Village, or as she lovingly referred to it as “the village”, she loved her community and was proud to live her life out surrounded by the love she felt there. Ralph and June joined the First Baptist Church in Owasso taking great pride in watching it grow over the past 20+ years that they have been members. June’s other love was the National FFA Organization, formally known as the Future Farmers of America. Countless kids shared Grandma and Grandpa Dean over the years. June served on both the state and national FFA Alumni boards, serving in 1994-1995 as the National President. Highlights for her were chaperoning the Washington Leadership Conference, the state FFA chorus, and her work with camp Tulakogee. They prided themselves on raising the standard and helping FFA members become simply the best. She received her Honorary State FFA Degree as well as an Honorary American Farmer Degree from the National Convention.

She was preceded in death by her husband, Ralph; sister, Wanda Emerson; daughter-in-law, Vicki; and granddaughter, Ravyn Young.

In lieu of flowers, the family requests that memorial donations in June’s memory be made to the Oklahoma FFA Foundation, c/o Grandma & Grandpa Dean, P.O. Box 33090, Tulsa, OK 74153.

Click to download / open
To order memorial trees or send flowers to the family in memory of Mattie June Dean, please visit our flower store.