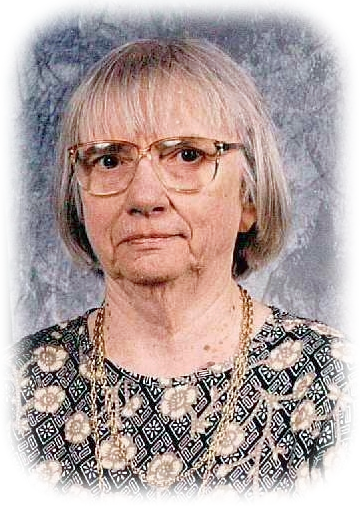 Mary grew up on a farm and in 1948, she met Robert Smith, a friend of her brother, Dorman, and a year later, Mary and Robert married on October 12, 1949.  Mary and Robert settled down and moved to Memphis, Tennessee, so Robert could attend college.  In 1961, they moved to Oklahoma and began their careers as child care workers for the Turley Children’s Home (now Hope Harbor Children’s Home).

Mary devoted more than 30 years of her life to the children’s home, helping over 200 children, including two of their own, Randy and Jamie, whom they adopted through the home.  In addition to working as a house parent, Mary also worked in the children’s home clothing room, food pantry, and mail room.  She enjoyed teaching bible class, needlepoint, crocheting, painting ceramics, sewing, working in the garden, painting the wood work projects created by Robert and spending time with family and friends.

In 1986, Mary and Robert moved to Sperry, OK, where they continued to live into retirement. Mary lived a very happy life and was able to share it with those she loved most.

She was preceded in death by her husband of 68 years, James Robert Smith; parents, James and Mary Crites; sister, Bobby Ann Pooler, and brothers, Dewey Crites and Dorman Crites.

Memorial donations in Mary’s memory may be made to Hope Harbor, PO Box 1047, Claremore, OK 74017, hopeharborinc.org.

Click to download / open
To order memorial trees or send flowers to the family in memory of Mary Lula Smith, please visit our flower store.