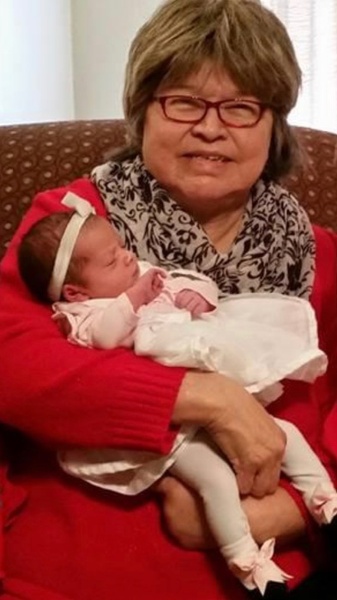 Mary Katherine (Tiblow) Sisk was born February 12, 1947 in Sperry, OK, to Charles and Nora (Gibson) Tiblow. She passed away peacefully with her children by her side on February 15, 2021 in Collinsville, OK.

Mary was the 2nd youngest of nine children. Mary graduated from Sperry High School in 1966. After high school, Mary met and married the love of her life, Stephen Robert Sisk. Mary worked for Saint Simeon’s Senior Living for many years and she loved her residents and would bring them treats. Mary was the cook of the house when she was growing up. She was known for her ability to feed a crowd and hosted many family gatherings. Her fry bread was always a hit.

Mary was a faithful member of the church and even when in poor health, she would be found worshipping her Heavenly Father from home. Mary’s life was simple, and her laugh, smile and love were contagious. Mary was a God-fearing woman who loved her husband, her kids, and grandkids with all her heart. Her life touched so many other’s lives.

She was preceded in death by her husband, and love of her life, Stephen Sisk; granddaughter, Blake Sisk; parents, Charlie and Nora Tiblow; sisters, Linda Tiblow, Norma Remington and Betty George; and brothers, Sam Tiblow and Charles Tiblow.

To order memorial trees or send flowers to the family in memory of Mary Katherine Sisk, please visit our flower store.