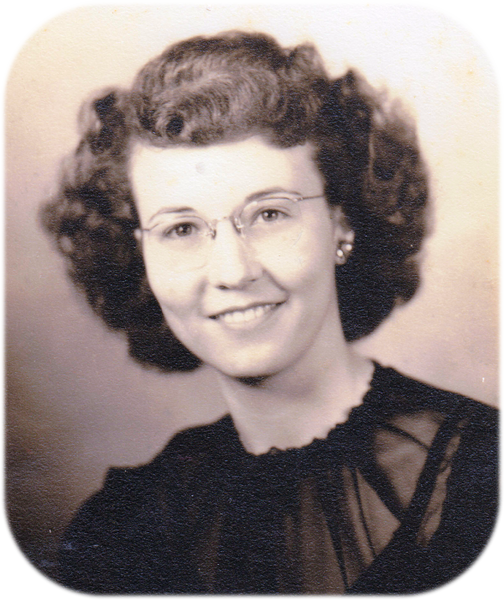 Lydia was the 6th daughter and the 7th child. She was raised on a farm outside of Gate with her parents and 8 siblings. She would always say that she had a good mom and dad. They had a great and simple life in this small community which was made up of many other relatives. She went to Gates High School and participated in basketball and choir, graduating in 1947 in 1947. Lydia met Clifford Whited while he was harvesting wheat at the Stanley farm. They were married May 15, 1947 in Beaver, OK. Clifford and Lydia moved to Cheyenne Wells, CO where his father had a family farming company. They relocated to the farm in Osage County in Oklahoma where he continued in the family farming company where they also started their family: Clarissa Mae, James Ray, Kathleen Sue, Patricia Ann, and Richard Lee.

Lydia worked at Munsingwear in Hominy for 30 plus years. She was always cooking, baking, canning and cleaning. Clifford and Lydia were well known in the area for their beautiful garden and orchard, from which many people benefitted. After Clifford passed in 2002, she was able to become more active in church and the community. She made several good friends, including Bill and Sheila, two of many. In 2013, Lydia’s health declined and she moved to live with her daughters for 3 years. After fracturing her hip, Lydia resided at Wood Manor in Claremore. She had become very social and entertaining after years of shyness and being reserved. The staff, residents, and visitors commented often how they loved Lydia. She usually had them laughing with her dry sense of humor and unexpected responses. Lydia’s family thinks she left them all better people for knowing her.

The family is extremely grateful for each and every one who watched after mom. Lydia was able to travel with her family to many places and spend more quality time, which has been priceless.

She was preceded in death by her husband, Clifford Whited; granddaughter, Regina Leslie Sutterfield; and parents, David and Rissie Wolf.

Click to download / open
To order memorial trees or send flowers to the family in memory of Lydia Irene Whited, please visit our flower store.