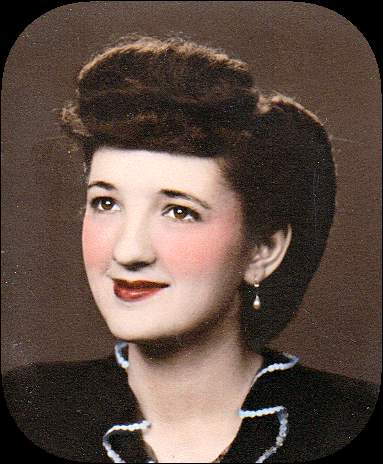 Lucille was born March 17, 1922 in Tulsa, OK to Ire and Ida (Smith) Burnley. She passed away peacefully surrounded by her family on June 8, 2015 at The Homestead of Owasso, where she had lived for the last year.

Lucille went to high school at Sperry, and then to Central where she graduated. After she finished school, she left home and married the love of her life, Bill Tooley. They were married for 66 years. She went to work at the Douglas Bomber Plant during WWII and then at Anthony's Clothing Store for a while. Lucille then decided to stay at home and be a house wife and mother to her 3 daughters. Later, she decided to work outside of the home and went to work at McLain High School as their office manager until she retired in 1984. Lucille was a member of Hartford Hills Baptist Church where she was secretary for many years and then later attended First Baptist Church of Turley. She enjoyed sewing, crocheting and all kinds of crafts. She loved her pets and spoiled them rotten, but most of all she loved her family and spending time with them. We will all miss our mom, grandma, aunt and friend more than we can say. We will never forget her love for each one of us.

Our family wishes to extend our gratitude to all who cared for her at The Homestead of Owasso and Rivercross Hospice.

Click to download / open
To order memorial trees or send flowers to the family in memory of Lucille Tooley, please visit our flower store.