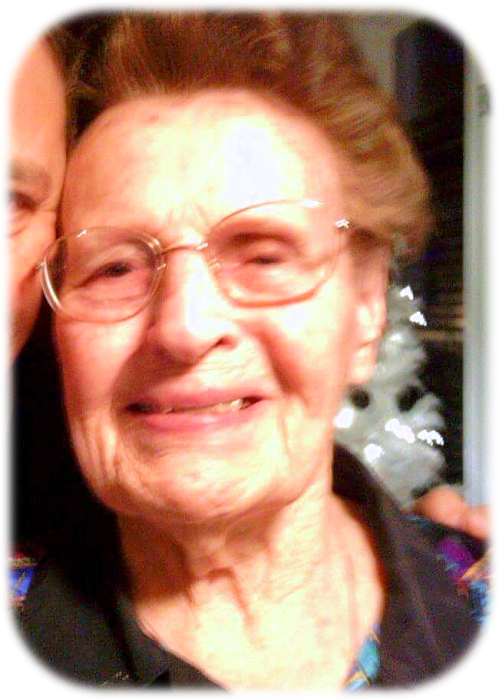 Lorene’s education began at Cottonwood Falls Elementary. When she entered high school, she started 9th grade at Pawhuska. She then moved to Nelagoney to finish her last two years and graduated from there. Lorene married a Pottawatomie Indian, Nick Tomey in January 1938. Lorene and Nick raised 5 children in and around the Nelagoney area and all five children graduated from Nelagoney Schools. Lorene was a great seamstress, and she made all of her girl’s clothing until they were in high school. Lorene made her girls’ prom dresses and Donna’s wedding dress. She loved to fish. (That is actually an understatement). Lorene and Cecil Thornburg were married in 1974, and after the death of her first husband Nick in 1976, Cecil became a wonderful grandfather to all of her grandchildren. Lorene and Cecil traveled to many places: California to visit her brothers, to fishing trips to Padre Island, TX, Nebraska, and many times to Wichita, KS to visit family. Lorene was a dedicated family caretaker and mother to her five children. She worked during the war for Boeing Aircraft and later worked in the Pawhuska Tent Factory. Lorene excelled in providing many great memories not only on the holidays, but in daily activities. She entertained the grandchildren – fishing, weekends at the lake, trips to the Winding Staircase Mountains, going camping and attending all of their school functions.

To order memorial trees or send flowers to the family in memory of Lorene Thornburg, please visit our flower store.