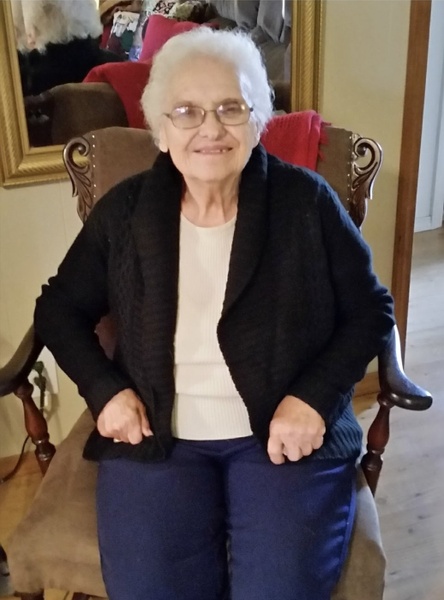 Lily graduated from Central High School. She quickly met her sweetheart and married Allen Grant Eslick on March 31, 1950. They made their home in Turley and she was a faithful member of the Turley United Methodist Church. They had three children Larry, Phyllis, and Diana. She was a housewife mostly but tried her hands at many different things such as a running a paper route, being a machinist, a cafeteria worker, owning a flower shop, and cleaning houses. Everyone knew her as Mrs. Eslick or Grandma Eslick, and you could always expect a cold drink or even a snack just by dropping in and saying hi. If you needed prayer this lady was on the ball and would round up anyone and everyone to cover you, bring food, or be by your side through whatever it was. Lily was always on the move, whether it was for the church, her children, or grandchildren, or finding an adventure for her and her friends to go explore. She was the happiest around family and friends. Any reason she could come up with to host holidays, birthdays, sleepovers she made time for it. Lily enjoyed crocheting blankets for grandbabies, and to wash clothes for anyone she came across. She got so excited to learn people might even buy blankets from her. Her grandkids where the twinkle in her eye, she would move heaven and earth to cater to them. Ball games, cheer, scouts and much more, there grandma would be. It didn’t matter if she had friends or family with her, you were always invited, and you just jumped in the middle and went along for the ride. When life started to limit how much Lily could get around, she still found a way to care and show love by the telephone. She talked to her family and friends on the phone to stay in the know. Lily loved having her family visit and loved hearing what their latest adventures were. She was very proud of all of her family. After a split from her home church, Lily started attending Will Rogers Methodist Church until her health kept her from attending. She spent many years taking care of those that were nearing their last days on this earth, and we are just thankful she got the same when it was her time. She was truly a proud citizen of Turley and enjoyed being a part of its history and loved telling others what it used to be like growing up there.

Click to download / open
To order memorial trees or send flowers to the family in memory of Lily Jo Eslick, please visit our flower store.