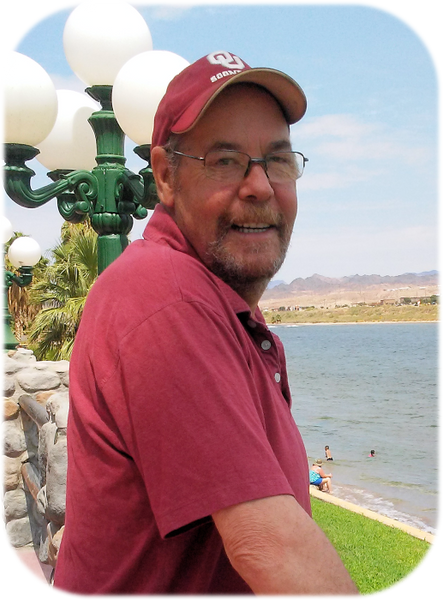 Larry was born September 15, 1962 in Des Moines, IA to Ivan Alton Zimmerman and Colleen May (Burson) Lathrum. He passed away September 25, 2020 in Tulsa, OK.

His family moved to California when he was 5, where he attended school and eventually graduated from Dos Palos High School in 1980. He participated in wrestling and track and field all through high school. After graduation, he worked various jobs, had a son, and then he and his brother moved to Oklahoma in 1996. Larry worked at Majestic Marble, Matrix, and most recently Parfab in security. He resided in the Catoosa area and had many family and friends Larry was known as a true-blue Dallas Cowboys fan and was a die-hard OU fan as well. Larry also became a fan and would watch the Cleveland Browns games ever since Baker Mayfield moved on to them from OU.  Larry always checked his newspaper apps and checked to see what sports were on TV and rest in his chair watching everything from football, basketball and golf to hockey and car races on Sundays. Janice supposes it is from Larry being a young athlete during his school years. Larry also played in the summer softball leagues until he sustained a knee injury that forced him to retire. Larry enjoyed going to the Hard Rock and playing his favorite penny slots machine game “Sea Monkeys” when he wasn’t on the dance floor with Janice. After Larry met Janice at the Hard Rock, he enjoyed showing her off on the dance floor. He first came into Janice’s life on a Saturday night in April 2012. Larry’s first question to her, was “Would you like to dance?” while I was dancing. His major question was, “What do you want out of life?” Larry replied “I just want to be happy.” Janice continued dancing to the third song and Larry asked her “Can I have your number?” Janice replied “No”. Larry and Janice danced a little longer, and since Janice could not stay, she wrote down her number. The song ended and Larry disappeared. Each weekend after that, Janice had to work, so she would ask her sister if Larry was there and that the next time Larry was there, to tell him that Janice was only there on Thursday nights. Larry showed up that next Thursday evening to dance. Even though Janice had given Larry her number, Larry told her, “I had to wait a whole month to get you!” Six months later in October 2012, Larry and Janice were married, and they were happily married just short of 8 years.

He is survived by his wife, Janice Zimmerman; son, Brandon Zimmerman, 5 stepchildren; 12 grandchildren; 1 great-grandchild; brothers, Bill Zimmerman of MS, Bob Zimmerman of AZ, Bruce Zimmerman of IA, and twin brother, Garry of OK; numerous nieces and nephews; and many other relatives and friends.

He was preceded in death by his brother, Timothy Dean Zimmerman; his parents; his dad, George Wilson “Red” Lathrum; and grandmothers, Mabel J. Burson and Lorraine Bell.

Click to download / open
To order memorial trees or send flowers to the family in memory of Larry Dee Zimmerman, please visit our flower store.