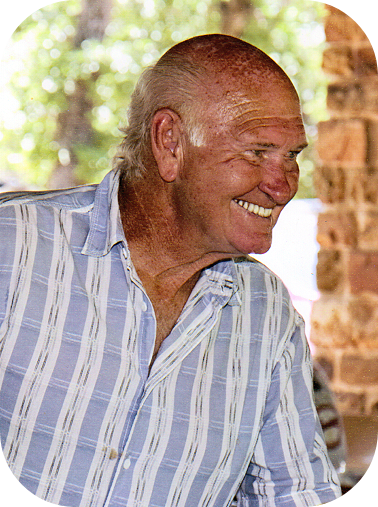 Larry was a member of Iron Workers Local #584 for 56 years and he attended the 1st Methodist Church in Turley, OK Larry enjoyed working on cars and motor cycles at a young age.  He married the love of his life Jo Ann Francis on January 23, 1959.  After retiring Larry and Jo Ann bought a motorcycle and traveled many miles.  They were known as the cool grandparents when attending activities for the grandkids and great grandkids. Larry wanted his kids to have a good education and to make sure that they had every opportunity to succeed.  He and Jo Ann worked extra hard to put their children through private schools.  The education paid off for all of his children.  Larry Bob went to apprentice school and followed in Larry’s footsteps to become an Iron Worker.  Tonja graduated from the University of Tulsa with an accounting degree and is now an executive at IBM.  Kelli graduated from Langston University and is a math teacher at Caney Valley.   He was very proud of all his children and their accomplishments.   Larry was always involved with his kids.  He coached Larry Bob’s baseball team; he taught all the kids in the neighborhood how to ride bikes and pierced all the girl’s ears.  Larry also loved animals, from a young age with his great horse “Pinkie”.  That love of animals has passed through all the generations of his family.  Every stray dog found their way to our home and became the “best” dog.  He also made sure that there were horses, from Ben, to Lady & Dusty, to Bandit, each and every horse was well cared for.  He enjoyed travelling the rodeo circuit with Kelli and was proud when she was the IFR World Champion Barrel Racer in 1984 on Dusty and 1995 Top money winner at the International Finals Rodeo in Oklahoma City on Bandit winning a new truck. Larry was like a brother to Jo Ann’s family, a brother-in law, cousin, and uncle and a friend to many. He never met a stranger and always joking and telling “big” stories.

He was preceded in death by his parents, Reginald “Bob” Amos and Helen Audrain; and half-brothers, Randy Amos, Lindy Amos, and Dennis Amos.

To order memorial trees or send flowers to the family in memory of Larry Amos, Sr., please visit our flower store.