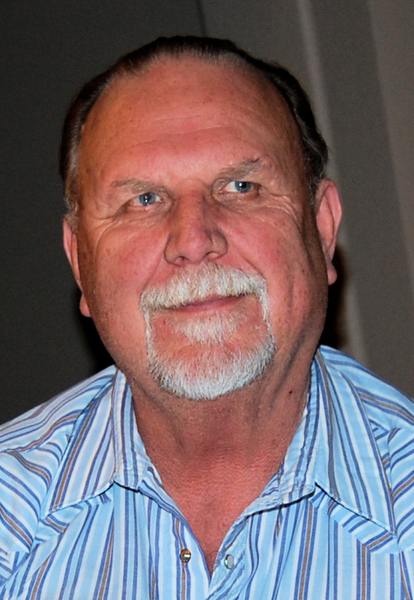 Pete grew up in Sperry, Oklahoma with his parents and his younger sister, Karon. He graduated from Sperry High School in 1969. While at Sperry, he was a star football player, and a member of the 1968 team that took 2nd place in the 2A state championship. After high school, he went to college at Southwestern State University in Weatherford, OK. Pete played football there until he left to join the United States Air Force in 1971. He served 4 years in the Air force as a Fuel Specialist. During that time, he was stationed at Bergstrom Air Force Base in San Antonio, TX. While at Bergstrom, he served on President Lyndon Johnson’s local security team. Pete was transferred to the 5073 Air Base Squadron (Air Combat Command) in Shemya, Alaska, which is located just 80 miles from Russia. While stationed there he worked the Special Operations Para-Rescue Teams. During his 4 years in the Air Force, he also did a short tour of duty in Vietnam.

Pete married Mindy West on December 13, 1975 in Tulsa, OK, and they eventually made their home in Skiatook, OK. Pete earned his Electrical license, and over the course of his career, he owned many different businesses, including his current company, Mid States Technical Services, LLC. He spent many decades in the Oil and Gas industry at locations all over the United States.

Pete was the proud father of three children, Kinni, Jarrod, & Austin. But his greatest joy was his 5 grandchildren, Zachary, Aiden, Mason, Ryker, & Kirk. He loved taking them for motorcycle rides, teaching them to cook, and watching Westerns with them. But most importantly, he loved to give them anything and everything they asked for, even when their parents thought it was not necessary.

Anyone who knew Pete, knew that underneath that tough exterior was a BIG heart. He helped anyone who needed it, regardless of the situation. Pete loved anything Harley Davidson and was an avid sports fan. He never missed a Texas Longhorn football game or a University of Kentucky “Wildcats” basketball game. But his biggest love of all was cooking (but definitely NOT the cleaning). He could always be found in his shop next to his Instant Pot trying a new recipe, or outside next to his smoker with no less than 5 racks of ribs. His homemade seasoning is famous throughout his circle of friends and family. He was greatly loved and will be deeply missed by all.

He was preceded in death by his parents, Patty and Bob Linthicum.

To order memorial trees or send flowers to the family in memory of Kenneth Don "Pete" Linthicum, please visit our flower store.