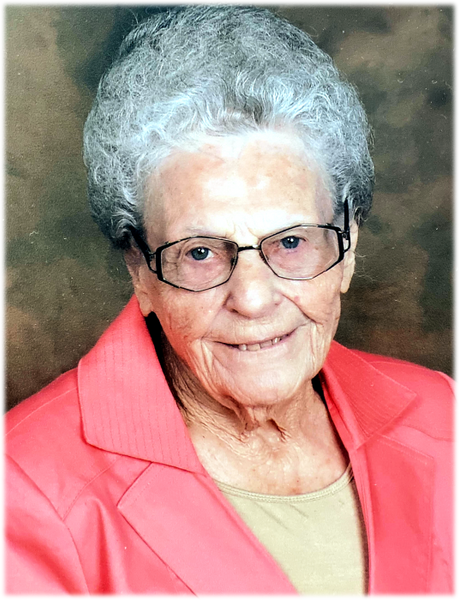 Kathleen was a Member of New Life Tabernacle in Sand Springs, Oklahoma. A wife and homemaker for her husband John C. Jones and three children, Ron (Bunk) Cliﬀ (Spike), and Janice. She was cook for the Oklahoma United Pentecost Church Youth Camp and Camp meeting for many years.  She was also a cook for Tulsa Public Schools.  After her husband’s retirement, they went to Gateway College in St Louis, Missouri to work as head cook and maintenance manager.  John C and Kathleen pastored the United Pentecostal Church in Salina, Oklahoma for several years.

Click to download / open
To order memorial trees or send flowers to the family in memory of Kathleen W. Jones, please visit our flower store.