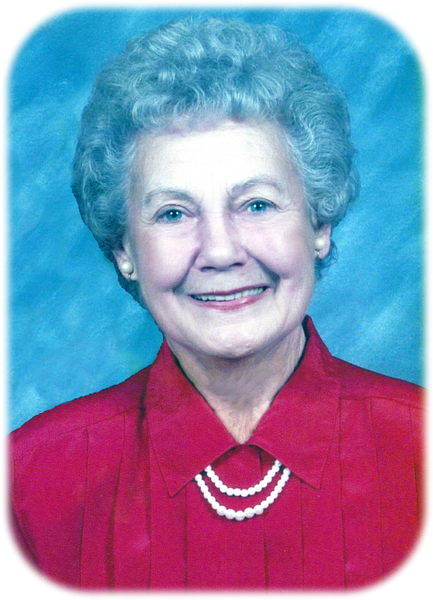 Joyce was born December 20, 1927 in Darlington, WI to Clarence McKinley and Florence Lucile (O’Brien) Johnson. She passed away August 1, 2019 in Tulsa, OK.

Joyce attended Darlington High School and met Jim at a community dance in Mineral Point, WI. Later, they were married on June 28, 1948 in Darlington, WI. They began their married life at Curtis Cattle Company in Illinois and after a year, moved to Circle M Ranch in Senatobia, MS. There, Jim and Joyce began a large family of eight children, Larry, Dick, Beth, Karen, Roger, Vonn, Bruce and Chris, and a close family friend, Bud. They were blessed with 24 grandchildren and 29 great-grandchildren. Jim and Joyce were married for almost 60 years together before Jim preceded her in death on March 21, 2008.

Joyce was a member of the Sacred Heart Catholic Church in Skiatook and was a member of the Sacred Heart Altar Society Sewing Bee. Joyce was involved in her children’s school activities, being a strong Sperry School supporter and an avid fan of all the livestock and sporting events. She was a loving wife, mom, grandma, great-grandma, sister and friend. Joyce served as a perfect example of unselfishness and caring, always doing for others whenever the need arose. Joyce’s children and grandchildren cherished her special touches in her home: from her meals, her sewing, and in her creativity in all that she set out to do. Joyce enjoyed making everyone feel welcome in her home. She will be remembered by her children “as always making the best of it” and her favorite quote as a mother of eight children was “I tried.”

Click to download / open
To order memorial trees or send flowers to the family in memory of Joyce Lucile DeMuth, please visit our flower store.