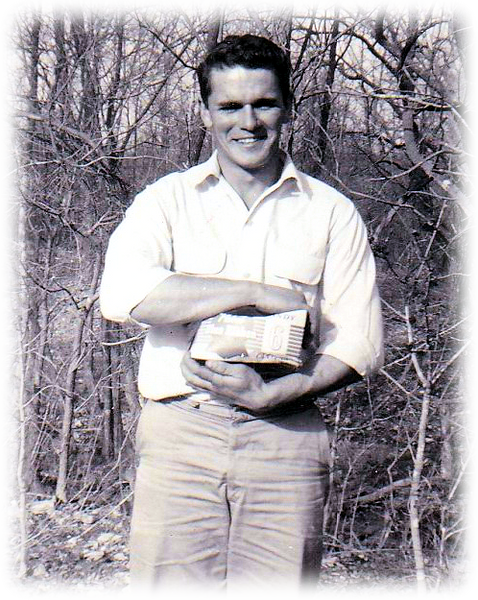 John was born November 24, 1934 in Tulsa, OK to John Leon Scott and Lucille Gail (Ridneour) Scott-Washburn. He passed away March 11, 2019 in Collinsville, OK.

John was a lifelong Sperry Pirate, class of 1954. He was a member of the Community of Christ Church. John’s favorite place to commune with his Savior, was on his tractor, brush hogging. He was proud of his community and held various positions for SUSA. John spent many years on the road as a truck driver, and for pipeline and oilfield work. He finally decided to start his own business, starting Scott Equipment. He serviced many of the rural water districts and local needs.

As many know, fishing was John’s favorite hobby of choice. He loved catfishing and teaching others how to fish. Quail hunting was another favorite. Quail conservation stopped that favorite sport though. After these hobbies became hard on the old body, John loved wood burning and painting. We have a few out for display.

John was proud of his family and considered them his greatest accomplishments. And of course, making his 60th wedding anniversary, which was March 5, 2019.

He was preceded in death by his mother, Lucille Gail (Ridenour) Scott-Washburn; and father, John Leon Scott.

Online condolences to the family can be made at johnsonsperry.com

Click to download / open
To order memorial trees or send flowers to the family in memory of John Leonard Scott, please visit our flower store.