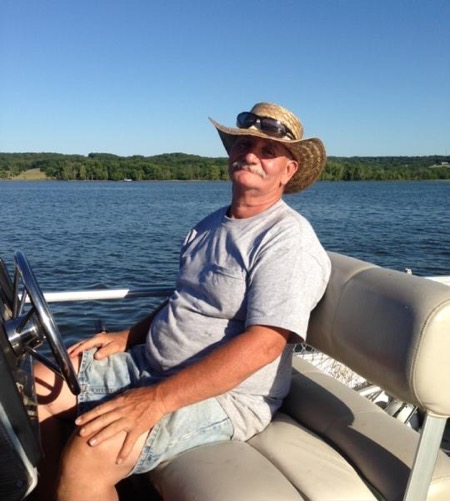 Dean was a welder at Hammco for many years before becoming a welder at QuickWater, where he retired. Dean was a member of the FFL Organization, known as the Fishing For Life Organization. He enjoyed camping, hiking, hunting – the great outdoors in general. Dean also enjoyed loading up and taking road trips. He would pick up trash no matter where he was at, and even had everyone else pick up trash as well. If Dean wasn’t working or at a grandkids sporting event, he was at the lake, working in his garden when he had the time and place or he was yelling, “Slow that golf cart down!” even though he was known to have the fastest car in the Sperry/Skiatook area, A 1956 Chevy Bel-Air. Dean was a Christian and was saved and baptized as a young boy.

He was preceded in death by his parents, Chester and Norma Hilton.

Click to download / open
To order memorial trees or send flowers to the family in memory of Jimmie Dean "Deano" Hilton, please visit our flower store.