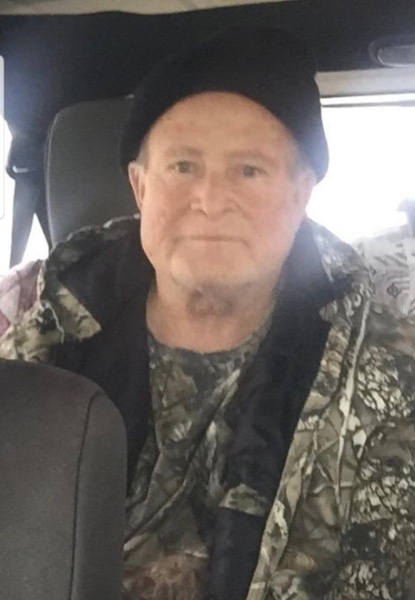 Jerry was born October 27, 1943 in Bixby, OK, to Charles Franklin Neafus and Pauline Stella (Evans) Duncan. He went to his heavenly home on November 12, 2020 in Spavinaw, OK.

Jerry spent all of his school days at Bixby, where he graduated in 1962. Beyond high school, he dedicated his time to the Army. Upon finishing his military career, Jerry married Wanda Nichols in January of 1966. On January 9, 1970, the two of them welcomed their first son into the world, Stacy Charles. Stacy made their world go around! Later, on January 20, 1972, they welcomed a daughter, Jerri Dawn, into the family. Apparently, they had decided it didn’t matter if they had a boy or a girl. This child was gonna’ be named after Jerry! Finally, on March 20, 1975 they welcomed their last child into the family, a son, Jason Travis. This completed their family.

In 1977, Jerry moved his family to Glenpool where they built their home. The boys were lucky to have dad coach them in wrestling. He was their #1 fan right next to mom. The family spent every summer at the lake. Jerry and Wanda loved taking the kids camping. Jerry loved flea markets. He loved the casino. He loved getting into his car and just driving. He loved pizza and cold beer! He loved spending his time building and racing old Fords. He loved fishing and being outdoors. Jerry worked many years for Zebco, along with some time in the oilfield and electrical industries. His last place of employment was Edison Electric, where he really enjoyed his job. After retiring, Jerry spent his time tinkering on his ’65 Ford. He enjoyed rebuilding things. He was a member of the Tulsa Gluedobbers. He sure loved building his planes, going to the shows, and the competitions. He took so much pride in the planes he built. He was always passionate about his creations and anxious to show off his latest work. He also loved cartoons, especially Qubo.

In 1991, Jerry lost Wanda, the love of his life. The family was never the same. Burying his best friend was one of many, and the most painful of trials he and his children endured. He persevered, yet he has never been alone. He began his journey as a grandfather in 1993. In time, he was blessed with a total of 9 grandchildren, Tanner, Garrett, Kristian, Lauren, Katelyn, Griffin, Kennedy, Koltyn, and Larry. He was also gifted with 4 great grandchildren, Braelon, Hank, Gentri, and Remmi. Jerry loved to watch movies with the grandkids. He would cook them popcorn and take them out running around. They spent many nights having sleepovers and many days at the flying field together.
While no one could replace his first love, eventually Twyla came into Jerry’s life. She became his constant companion, a hand for him to hold. He spent his final years in her company. They shared many hobbies and memories. They moved to Spavinaw together, where he later passed peacefully with Twyla at his side.  Jerry left this Earth with a rich and abundant, thoroughly lived life behind him. He was content and he did what he desired while he was able. He brought his family closure and significant comfort as he rushed to those gates of pearl, knowing his soul mate was there and waiting with open arms to welcome him home after 29 years.

He was preceded in death by his wife, Wanda Neafus; and parents, Charles Neafus and Pauline Duncan.

Click to download / open
To order memorial trees or send flowers to the family in memory of Jerry Don Neafus, please visit our flower store.