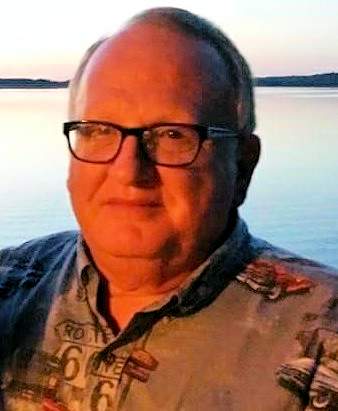 James was a 1969 graduate of Skiatook High School. He graduated from Oklahoma State University with a B.S. in Accounting in 1973 and a M.S in Accounting in 1974. He has been an active licensed CPA since January 1975. James became employed with Arthur Andersen in 1974 and made partner in 1985. He had previously lived in Bogota, Columbia and Caracas, Venezuela working for Andersen. James loved to fish and took annual fishing trips to Canada with his three college buddies for over 25 years. James loved being outdoors, working in the yard, mowing, planting, and birdwatching. He also collected classic cars and enjoyed showing them and cruising, researching genealogy and visiting family member grave sites to gather pictures for his research. James loved watching the St. Louis Cardinals and Mickey Mouse Clubhouse with his granddaughter. He was a loving father and grandfather.

He is survived by his wife, Cindy Downs of Bixby; sons, Heath Downs and wife Stephanie of Broken Arrow and Jake Downs of Norman; daughters, Hilary Penrod and husband Nic of Bixby and Hannah Downs of Oklahoma City; father, Milton Downs and wife Helen of Sapulpa; mother, Bonnie Clark of Tulsa; grandchildren, Ada Penrod and Baby W.; sisters, Joye Harper and Kathy Downs; numerous aunts, uncles, and cousins; and other relatives and friends.