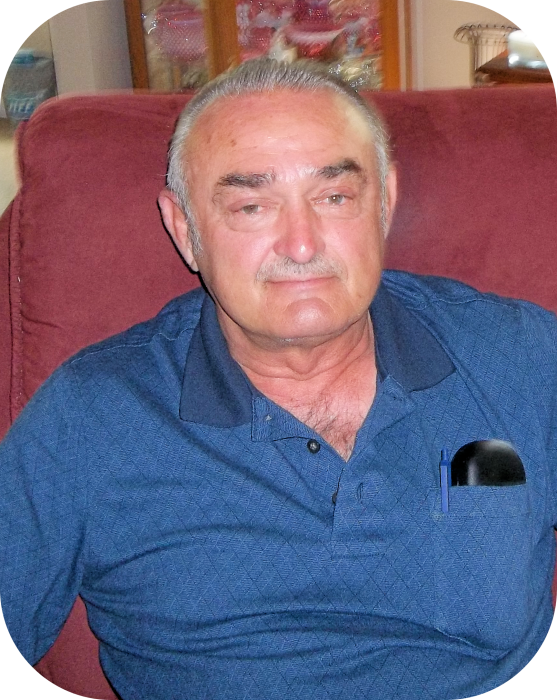 Jimmy was raised in the Stigler and Tulsa areas where he graduated from Nathan Hale High School with the class of 1963.  Jimmy had two older brothers, Robert “Bob”, and Dwain, and one younger sister, Paula.  After being drafted, Jimmy enlisted in the United States Army on October 21, 1965.  He served for three years and five days after which he was honorably discharged on October 25, 1968 but remained on reserve status until October 20, 1971.  During his service, Jimmy was stationed in South Korea where he served as a radar mechanic.  He obtained the rank of E5 (Specialist 5) on January 24, 1968.  Prior to leaving for South Korea, Jimmy married the love of his life, Helen Louise Phillips on May 4, 1967.  They were married for 51 years.  Jimmy and Helen’s first child, Machelle, was born in 1969 and their second, Bryon, was born in 1973.

After Helen’s passing in 2018, Jimmy continued to attend Rejoice until his passing.  Jimmy loved the outdoors and spent much of his time hunting and fishing.  He spent much of his time during hunting season with his brother Dwain on their hunting lease in Texas.  Outside of hunting season, Jimmy took every opportunity he could to go fishing.  He had a boat he was working on so he could spend even more time fishing.  Jimmy has two grandchildren, Stephen O’Dell and Blake O’Dell, whom he loved to spend as much time as possible with.  Jimmy loved to teach Stephen and Blake how to get great deals while garage selling.  Throughout his life, he was always the most reliable worker, helping his grandchildren and anyone else who needed it with any project.  Jimmy has three great-grandchildren, Kaden, Darly, and James, who was named after Jimmy.  Jimmy was excited and looking forward to welcoming his fourth great-grandchild in September of 2020.  Jimmy enjoyed socializing with his church family, making his famous homemade ice cream, anything outdoors, loved watching all sports, and spending as much time as possible with his family.  Jimmy was a kind soul who was loved by many and will be missed by all.

To order memorial trees or send flowers to the family in memory of James Thomas "Jimmy" Duncan, please visit our flower store.