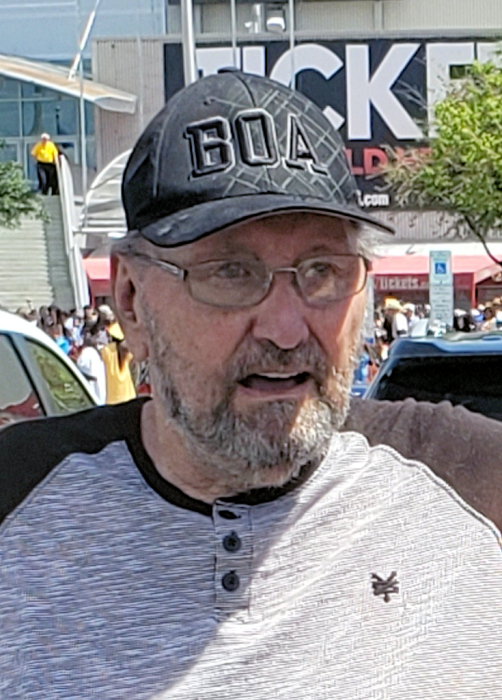 Memorial services for James Chester “Jim” Brezinski,77 of Skiatook, OK, will be held at Belleview Mortuary in Ontario, CA on July 9, 2021.

Jim was raised in Ontario, CA, where his parents bought a home in 1955. He attended Chaffey High School and graduated in 1961. From a young age, Jim loved bowling and was on several bowling leagues. Jim had bowled so well that in his early 20’s, he bowled a game of 11 strikes and received a ring for a 299 game. The Chicago Bears were Jim’s favorite football team. His favorite skateboarder is Joey Brezinski. Jim lived in Rowland Heights, CA from 1972-1988 where he was married to Dianna (Angel) and raised their family. Jim loved spending time with his family and enjoyed taking them on trips to the family get away in Lake Havasu, AZ, during the summer months. In 1990, Jim met Carol Jean and relocated to Las Vegas, NV where they married in 2007. In the early 80’s Jim became a Store Manager for Sheer Tire where he worked for many years, even after relocating to Las Vegas, NV in 1999. Jim eventually retired in 2008 after many years of hard work.

He was preceded in death by parents, Chester and Eleanor Brown.

To order memorial trees or send flowers to the family in memory of James Chester "Jim" Brezinski, please visit our flower store.