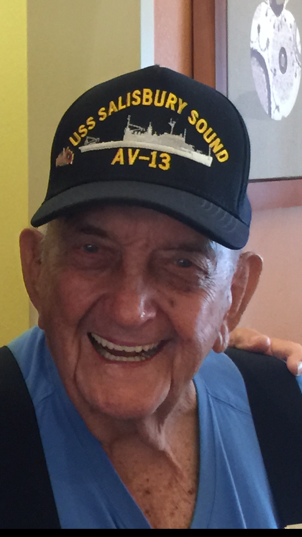 He was born in an oil field shack provided by Magnolia Oil Company during the oil boom of the 1930’s. He soon had a brother Marion Lee and a baby brother who died at birth in 1932. Jack nearly died of diphtheria as a toddler, but a devoted mother traveled alone on a bus with him and baby brother to Tulsa to seek medical help. She had never been out of her community. He claimed raw goat milk saved his life! Jack’s father died after a 7-year illness from Tick Fever when he was 9 years old. His mother moved the boys to Tulsa to live with Grandma DeShong so she could find work. Grandma Elizabeth drew a Civil War pension and he said they would have starved to death had it not been for her pension.

Eventually, they were lucky to have qualified for a shotgun home in the Sand Springs Widows Colony through the charitable gift of Charles Page. His mother remarried and the rocky relationship with a new man in the house was challenging and would soon have the teen boys placed in the Brown Military Academy in Arkansas. There Jack would learn to love History, and especially, Military History. Holiday trips home meant working on the Happy Acres Asparagus farm his parents owned in Catoosa, OK. That was not the life he wanted!

Jack and his brother were too young to sign up for the military but convinced their mother to sign the papers stating they were older and joined. He soon found himself aboard the USS Salisbury Sound AV-13 naval ship as a radio man. This was luck as the clean ocean air prevented asthma problems that would have limited him in other assignments. His travels took him all over the world and his pride to wear the uniform remained with him his entire life. He returned home to Tulsa enrolled in Tulsa Welding School in 1942 and soon married Eva Mae Miller DeShong having 6 children in a 10-year span. He now had the large family he had always dreamed of.

Family was the most important thing to him, and he will always be remembered for his military knowledge; quick wit; humor; blue twinkly eyes and generosity. His home was always open for anyone in need.  When things got tough, he always found the funny side. His greatest moments were watching the next generations join the military, traveling to Washington DC on the Oklahoma Honor Flight and all Military history. He lived alone and independently until the end. This was due to his children and grandchildren sharing the responsibility of his care, his yard, his home, tilling his garden, fixing his tractor and lawn mower, rewiring his home, remodeling his bathroom, replacing his shoes, replacing his charcoal grill with gas grill, and more. He often said he could not thank everyone enough and felt he was the richest man in the world. His weekly trips to Turley Warehouse Market and Cullison Hardware in which he drove himself was something he looked forward to as he was a regular and they knew him. In the end He remained true to his final sign off which was legendary…..Adios, Sayonara, Auf Wiedershen! He is already greatly missed.

He is survived by his children, Michael Royce DeShong of Ketchum, OK, Debora Ruth Hayes of Kenai, AK, Gwendolyn Sue Burnell of New Braunfels, TX, Vicki Lynn Smith of Sperry, OK, Jackie Lee DeShong of Bixby, OK, and Steven Arthur DeShong of Port St. Lucie, FL, along with grandchildren and great grandchildren; and many other relatives and friends.

He was preceded in death by his parents, Robert DeShong and Ruth Machler; his former wife, Eva Mae DeShong, his brother, Marion Lee DeShong and his grandson Michael Royce DeShong.

He was laid to rest next to his loving mother and brother in Miller, OK. At last, they all have returned home.

To order memorial trees or send flowers to the family in memory of Jack Royce DeShong, please visit our flower store.