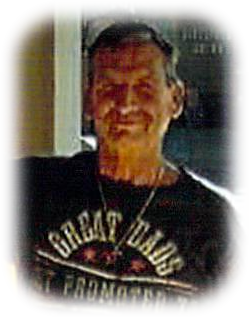 He was a loving husband, brother, uncle, dad and papa. He was a wonderful friend who would try his hardest to help anyone. In the summer he would always take trips to go fishing with family. He loved animals, especially his dog "Fonzie." Gary had a strong love for music, and playing the guitar with such pride. You could find Gary often at a garage sale, or the Flea Market, he was a true American Picker. He had a great skill when it came to contracting and carpentry, he could make almost anything.

He is survived by his wife Twila Long, three sons; one son-in-law four daughters, three daughter-in-laws. A host of grandchildren, and one great grandson. He was the oldest of his siblings, he had four brothers and four sisters, and many friends he called family.

In lieu of flowers, the family requests that memorial donations towards Gary’s funeral expenses be made to Johnson Funeral Home, P.O. Box 814, Sperry, OK 74073 or you may donate online at http://www.johnsonsperry.com/notices/Gary-Long/care-fund.

Click to download / open
To order memorial trees or send flowers to the family in memory of Gary Lynn Long, please visit our flower store.