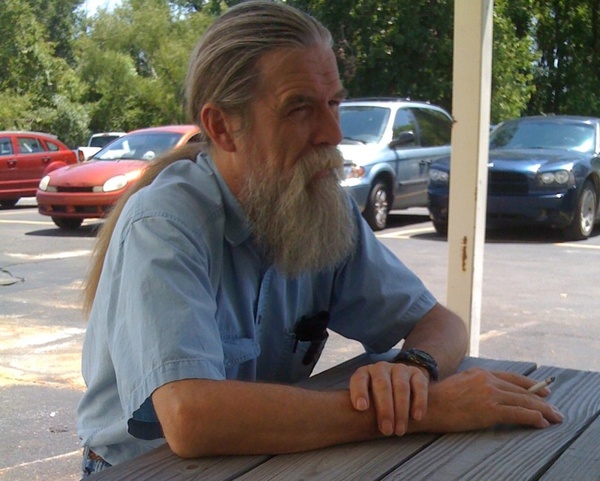 Gary was a veteran of the United States Navy. He worked for Ametek Chandler Engineering for 26 years as an assembly supervisor and document control technician and was also a butcher at the family meat processing plant. Gary raised and trained horses and built and raced dune buggies. He enjoyed computers, watching TV, going to the casino, and spending time with his family. Gary was most proud of his twin boys, Chris and Josh. He attended every sporting event and school activity they were involved in. Gary taught his boys compassion, respect and strength. Although he lost his battle with cancer, he never once wavered, fighting valiantly, showing tremendous strength, determination and courage. A few moments of comfort came a few days before Gary passed. He awoke from a dead sleep, sat up and held his first great-grandchild, Zephan. Gary smiled, laughed, joked and told us how much he loved his family and how proud he was of them. You see, Gary lost his fight with brain cancer, but he won the battle of life. He left so much love for his family that it will continue to echo throughout our lives, baby Zephan’s life, and all that Gary came into contact with. Gary is now in Heaven, but on earth, he won the game of life.

He was preceded in death by his parents, Peter and Kathryn Gaynor; and sister Ronda Gaynor.

Click to download / open
To order memorial trees or send flowers to the family in memory of Gary Gaynor, please visit our flower store.