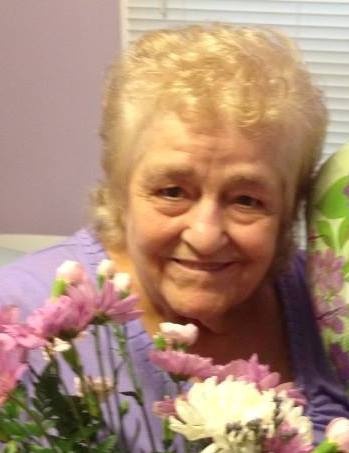 Freda was born and raised in Sperry and played basketball for Sperry High School. She worked at the Sperry Café where she met and married Robert Carter on July 23, 1946. Freda raised two boys and two girls who kept her very busy. She was blessed with seven grandsons that she had a time keeping up with, but very much enjoyed spending time with. Freda loved watching cooking shows, playing Wahoo late at night, quilting and crocheting.

She was preceded in death by her husband, Robert Carter; parents, John and Delia Prock; sister, Ozella Lamphere; and brothers, John L. Prock and Eddie Prock.

In lieu of flowers, the family requests memorial donations in Freda's memory be made to the Kiwanis Club of Sperry in c/o The Exchange Bank, PO BOX 819, Sperry, OK 74073. In the memo please state Carter Family Memorial.

To order memorial trees or send flowers to the family in memory of Freda I. Carter, please visit our flower store.