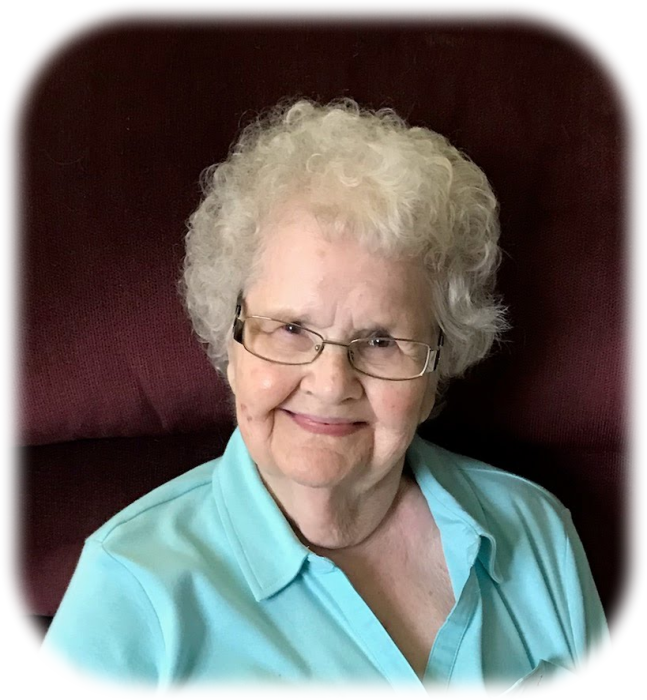 Frankie was born to Melvin Ellis Proffitt and Luttie May (Thompson) Proffitt in a 2-room cabin in Mayes County on June 30, 1933. She passed away February 2, 2022, in Owasso, OK.

At the age of sixteen, Frankie accepted Jesus Christ as her savior. She was baptized in Eylers pond, south of the city park. This life decision allowed Frankie to live out a life of acceptance of God's will, no matter the circumstances. She was obedient to the Holy Spirit, and she enjoyed lifelong dreams, although many hardships came her way. She is reunited in Heaven with her loved ones and there are no tears and no pain. We rejoice knowing we will see her again through the promises of Jesus Christ our Lord and Savior.

She is survived by her daughters, June Oliver of Springdale, AR, and Barb Flanary and husband, Rich, of Collinsville, OK. She is also survived by Dave and Karen Stephens and family, of Sulphur Springs, TX, Sue Wilson, and family of Collinsville, Randy and Mary Stephens and family of Tulsa, and Debbie and Terrill Hendrix, and family of Broken Arrow; grandchildren, Richard Oliver of Pea Ridge, AR, Ryan Flanary and wife, Lacey of Collinsville, Rachel Jarnagan and husband, Brandon of Centerton, AR, Aaron Hendrix of Broken Arrow, and Alex Hendrix of Broken Arrow; godchild, Conni Werther of Catoosa; great-grandchildren, Brody Flanary, Natalie Phillips, Paige Flanary, Adalyn Flanary, Haylee Hendrix, and Quinn Hendrix. Also, a host of extended grandchildren, great-grandchildren, great-great-grandchildren, nieces, nephews, cousins, and special lifelong friends; and sister-in-law Joy VanLandingham of Sapulpa. She is also survived by her special nieces, Carlene Kittrell, and her son, Josh and daughter, Amy and Scott Bailey and children Corbin, Kendall, and Kaylyn; niece, Shirlene Watashe and husband Charlie, their daughter, Sheila Parker and her children, Wyatt, and Leilani; and daughter, Dawn Gray and husband, Joe, and their children, Emma and Cody.

She was preceded in death by her husband, Frank Stephens; son, Ron Hicks; and brother, Carl Proffitt.

Much gratitude goes out to the wonderful staff at Brookdale, Owasso for the level of care they provided in a loving atmosphere.  Hearts of staff members and residents alike were poured into Frankie as she lived her final days there.  Seasons Hospice provided excellent care as they were steadfast to be present at times of need during our present-day health care crisis. God Bless our essential workers.

Click to download / open
To order memorial trees or send flowers to the family in memory of Frankie E. Stephens, please visit our flower store.