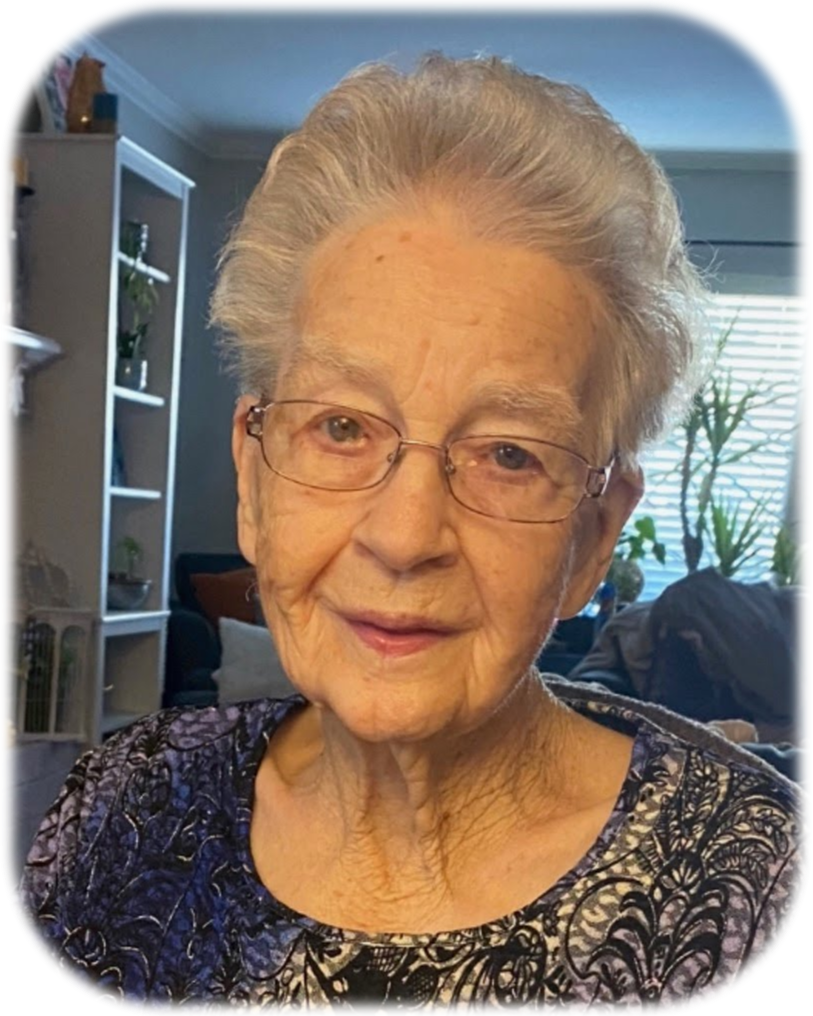 Fern was born April 19, 1925, in Liberty, MO, to Mr. and Mrs. Leonard Powell. She was called to heaven and given her “well deserved” wings. She passed away peacefully surrounded by family on October 12, 2022, in Tulsa, OK.

At age 7, Fern received tragic news of her parents passing and was adopted by Ermon and Mildred Grimes. In 1932, she separated from her four siblings and moved to Pierce City, MO to live with Ermon and Mildred.

After Fern graduated from Pierce City High School in 1944, she continued to work for the local drug store where she met Private John W. Craig, a soldier in the United States Army. She corresponded letters with John over the next two years while he was stationed in Europe until he returned in 1946 after WWII ended. Fern married John on February 7, 1946. They had one child together, Mildred Lynn Craig. In 1948, Fern and John decided to move out west to San Dimas, CA and start a business called Craig’s Egg Farm. Fern worked alongside John tending to the eggs and farm from 1950-1972 when they sold their farm and moved to Owasso, OK. In 1990 Fern retired from Reeds Department Store where she worked as their bookkeeper/accountant. In 1993, she came out of retirement and decided to work in the Deli department at the Super Wal-Mart Store #576, for another 22 years, before retiring a second time in 2015, at the age of 90. Fern was an avid bowler and while working at Walmart she joined the Peppy Pioneers bowling league at Sheridan Lanes where she made some wonderful lifelong friendships. Fern was a loving and devoted wife, mother, grandmother, and great grandmother with a generous spirit, a heart of gold, and a memory like an elephant. She lived for the Lord and treated everyone she met in life with kindness and forgiveness. If you knew Fern, then you knew love. We didn't want to let you go Grandma, but God called His Angel home. But trust that you'll be remembered in the sweetest memories every day. For you have blessed our lives forever with your goodness, love, and strength.

She is survived by her grandchildren, Craig Morse and wife, Heather, and Alicia Washington; great-grandchildren, Mackenzie Morse, Ry Morse, Colby Morse, Elijah Washington, Jalynn Washington, and Dasia Bowie; her 99-year-old sister, Dale Dell; her dog, Zeevah; her cat, Abby; and many other relatives and friends.

To order memorial trees or send flowers to the family in memory of Fern Elizabeth (Grimes) Craig, please visit our flower store.