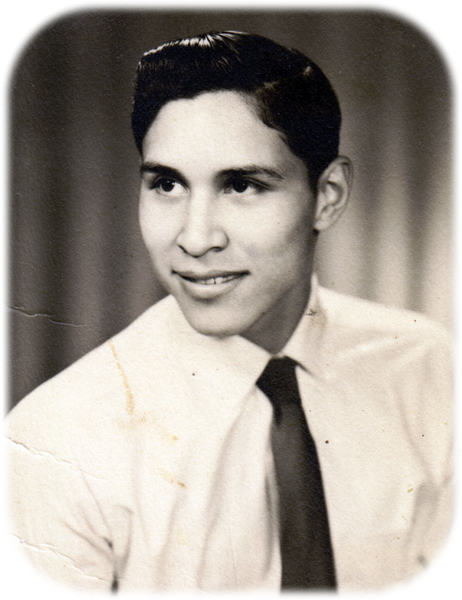 Enos attended Indian School and was raised in Muskogee. He enlisted in the Armed Forces in 1956 and received an Honorable Discharge in 1958 due to injury. He also received a general discharge with honorable conditions in 1961 at the age of 19. Enos met Billie Beatrice Fortney in Muskogee and the were married on June 6, 1961 in Pawhuska. Together, they had four children, Anthony, Kimberly, Lisa, and Eric. During their childhood, Enos loved coaching baseball and football. Enos worked as a welder for Trinity Industries for 32 years before retiring.

Enos enjoyed drinking his morning coffee, sitting outside in his chair with Woof Woof and going to the casino with his sister-in-law, Deed. Enos enjoyed when Kim and Lisa would make him sweets, such as cookies, cakes and pies. He loved when the family came over to the house for the holidays and when everyone would show up to watch the fights on Pay per view with him. Enos also enjoyed watching his westerns and Monday night wrestling and loved sitting at his kitchen table playing solitaire. Enos also loved when his granddaughter, Tailor, her husband, Chris and their son, Gavin, would come over to watch sports with him and watch his favorite team, the OU Sooners kick butt. During Halloween, Enos would get a kick out Halloween masks on and scaring his family. Most of all, Enos loved taking care of his family, and enjoyed spending time with his family and making memories. Enos always went above and beyond for his family. He lived a wonderful life and had a heart of gold.

Click to download / open
To order memorial trees or send flowers to the family in memory of Enos Redeagle, please visit our flower store.