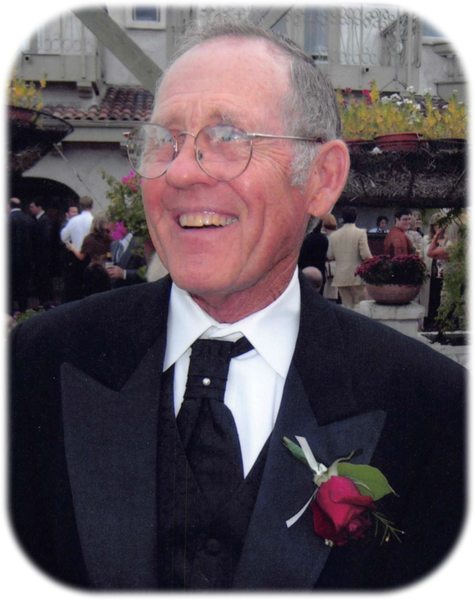 Tuffy was born November 17, 1933, in Skiatook, OK, to Wesley Elbert and Goldie Beatrice (Maddux) Cooper. He passed away peacefully at home surrounded by family on December 6, 2021, after a long battle with Parkinson’s disease.

Tuffy spent much of his youth helping in his family’s various farming activities where he developed an iron-clad work ethic. He met Mary in 1954, and they married in 1955. Their union resulted in their three children: Sheree, Connie, and Shawn. Riding bulls was a favorite pastime until family life necessitated his retirement, but he remained on the rodeo scene with Connie and Shawn for many years. His love for animals never waned, earning the moniker “Dr. Doolittle”—always having a dog, cat, goat, horse, and even a pet bull, follow him around. Ever the artisan with steelwork, Tuffy lived part-time with Sheree and her family running a decorative and structural steel firm in Dallas throughout the 80’s and 90’s. He was known for his creative mind and perfectionism, living by the value that a job was not complete until you were proud to put your name on it. Tuffy retired and moved back to Oklahoma and lived out his days being the master “piddler”—always busy working and humming old country and western tunes. He was a loving and supportive Poppy to his grandchildren. Nothing brought Tuffy more pride than his family.

We will miss him here on Earth, but his legacy lives on through his family. We know he is watching over us and beaming proudly. We are because he was, and we could not feel more blessed to call him ours.

He was preceded in death by his parents, Wesley and Goldie Cooper; and brother, Cleo Cooper.

Click to download / open
To order memorial trees or send flowers to the family in memory of Elbert Eugene "Tuffy" Cooper, please visit our flower store.