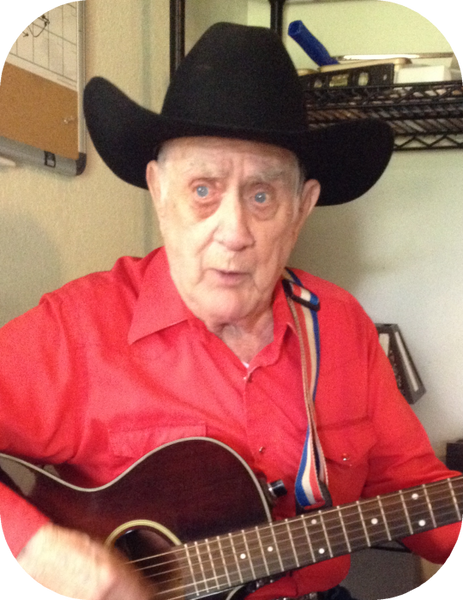 Edgar Walden Junior was born in Eureka Springs, Arkansas July 16, 1924. He was born to William Elijah Walden and Elizabeth Hawkins Walden and raised in Eureka Springs, AR. He went to school in a one room school house. He left school after eighth grade to go to work to help the family. He worked in a saw mill until he left for the army in September 1943. He left the army in February 1946 with an honorable discharge after serving about three years. He met and married Eilene Francis Shannon McLoud. They eventually made their way to Tulsa, OK. During his life in Tulsa, he worked as a machinist. He loved playing in bands and playing his guitar and entertaining people. Bowling was another passion of his. He also loved telling war stories and jokes. He filled the last few years of his life reading and re-reading the Bible. Edgar was a member of Tenth & Rockford Church of Christ in Tulsa, OK at the time of his passing. He had several health issues and finally left this world on January 28, 2018 at the age of 93.

He was preceded in death by his wife Eileen Walden; son, David Allen Walden of Catoosa, OK; and daughter, Pamela Sue Clemmer of Collinsville, OK.

To order memorial trees or send flowers to the family in memory of Edgar Walden, Jr., please visit our flower store.