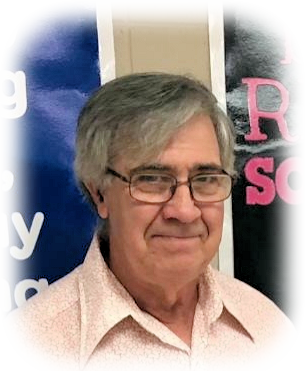 Eddie was a hard worker in many ways.  He was employed by R&D Pattern and Foundry for 28 years.  He had grown to love and care about his job and his co-workers; they were like family to him. Eddie loved to work with wood and build things. There was never a job too small or too big for him. He thought he could handle it all and in the long run he did.

Eddie was a family man, he loved and cared for his family. He was always there to help when he was needed. When his mother became ill, Eddie stepped in and became the father figure for his two younger sisters.  Eddie did this because he wanted the family to stay together and not be separated.  His views in life were that he took care of his family and church first.  He was very compassionate and if he felt that you needed help, he tried to take care of you.  There were many people that Eddie tried to help kick drug and alcohol addictions.  Some it worked for, but others just didn’t get it.  But he would keep trying, and never gave up. Eddie would pray for them hoping that they would make the change that they needed to.

May God bless each of you that Eddie encountered in his life’s journey. All I can hope for, is that he touched you in some way that you will always remember and think good of him.  Eddie loved everyone and would not intentionally hurt anyone, and if he did, he was quick to apologize for what he did or thought he did.

There are those who went on before him and those he leaves behind to carry on and fulfill their life long goals. We know that he is in a better place and has no more pain and suffering, God has seen to that.

He is survived by his wife of 40 ½ years, Debra; daughter, Amanda; son, Andrew and wife, Sheila; granddaughter, Allyson; brother, Ronnie and wife, Kathy; sisters, Shirley and husband Johnny, Cherie and Clara; father-in-law, Roy Ward, whom Eddie thought of as a father; brothers-in-law, David Ward and Randy Ward, whom he thought of as brothers; numerous nieces, nephews, cousins, aunts and uncles; and many other relatives and friends.

He was preceded in death by his son, Edward, Jr.; father, Jimmie; mother, Doris; brother, Jimmie and mother-in-law, Dorothy Ward, whom he thought of as a mother.

Memorial donations in Eddie’s memory may be made to the church that he loved and cared for so deeply, First Baptist Church of Turley, c/o Roy Ward, 2020 E. 66th St. N, Tulsa, OK 74130.

Click to download / open
To order memorial trees or send flowers to the family in memory of Eddie Lee Patton, please visit our flower store.