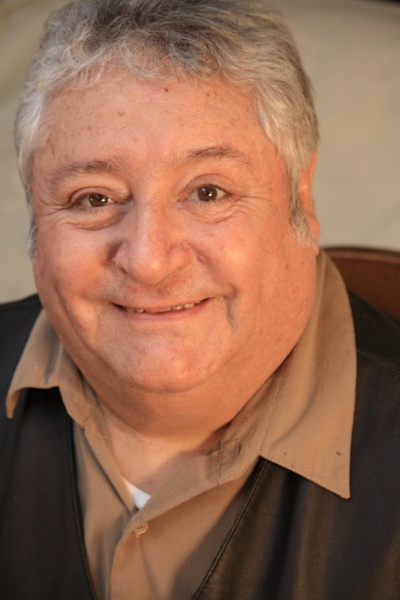 Dr. Luis Gonzalez-Becerra was born in Valparaiso, Chile to Amanda Becerra-Reyes de Gonzalez and Luis Humberto Gonzalez-Cardenas on November 22, 1943. He first came to the US in 1962 as an exchange student and lived for a year in Vacaville, CA on a chicken ranch with his beloved American family, the Ricketts. He returned to Chile and graduated with a B.A.in Spanish Literature and Philosophy from the University of Chile in 1966.  In 1967 he returned to the US to study for his Master of Divinity at Oral Roberts University where he was offered a job teaching Spanish. He graduated from there in May 1970. He received two honorary doctoral degrees in recognition for his work among Hispanics in the US: Doctor of Divinity from Southwestern International College in 1972 and Doctor of Letters from Pacific Coast Bible College, Sacramento, CA in 1982. He became a naturalized citizen in 1976 and took his right to vote seriously.

It was at ORU where he met the love of his life, Judyth Lavelle Betz (BA 1970 ORU). They married in Anchorage, Alaska on August 1, 1970. Throughout their 50 years of marriage they enjoyed various adventures living in Texas, Alaska, Oklahoma, and Michigan. His children and grandson were the lights of his life and he was a loving and kind father and grandfather.

Luis was a minister of the Gospel of Jesus Christ no matter what position he held. These included teaching Spanish language and literature at ORU and at Southwestern College in OKC , pastoring  Westlawn United Methodist church in San Antonio, Dean of Spanish Branch of Southwest International College of San Antonio, Bilingual Senior Counselor at New Careers Program in San Antonio, leading five study tours to Spain and other European countries,  National Director of Hispanic Ministries of the Pentecostal Holiness World Headquarters in Bethany, OK, Director of Hispanic Ministries at Kenneth Copeland Ministries, Teacher of English as a Second Language at minimum security prison in Mineral Wells, Texas, Business Consultant for Molitor and Associates  in Saginaw, MI, Teacher of court interpreters for Delta College, Interim Principal at Midland Christian School in Midland, MI, Translator for Gonzalez Translation Services, Coordinator of Men’s Ministries for Ecumenical Campus Ministries at Saginaw State University, MI, and teaching home Bible studies. He was a true renaissance man who followed Jesus Christ as his Lord all throughout his life.

He and his wife, Judyth, who survives him, have two married daughters, Amanda Lavelle ( Gonzalez) and Kendrick Higo of Tulsa, OK and Elizabeth Gonzalez and Scott Petersen of Chicago, IL. They also have a grandson, Darien Higo of Tulsa born on Father’s Day 2020. He is also survived by his mother in law, Lavelle Betz of Anchorage, AK, Tim and Sally Betz of Anchorage, AK, Bill and Rebecca Davidson of The Villages, FL, nephews Matthew and Levi Betz of Anchorage, AK. His sister, Eliana Villanueva of San Antonio, TX predeceased him in 2019.

The most important thing he would want people to know is that God loves you, sent his Son to die for your sins and you can receive this incomparable gift of salvation just for the asking. One of his favorite scriptures was John 3:16. He was dearly loved by his family and his was a life that reflected God’s love.

To order memorial trees or send flowers to the family in memory of Dr. Luis Gonzalez-Becerra, please visit our flower store.