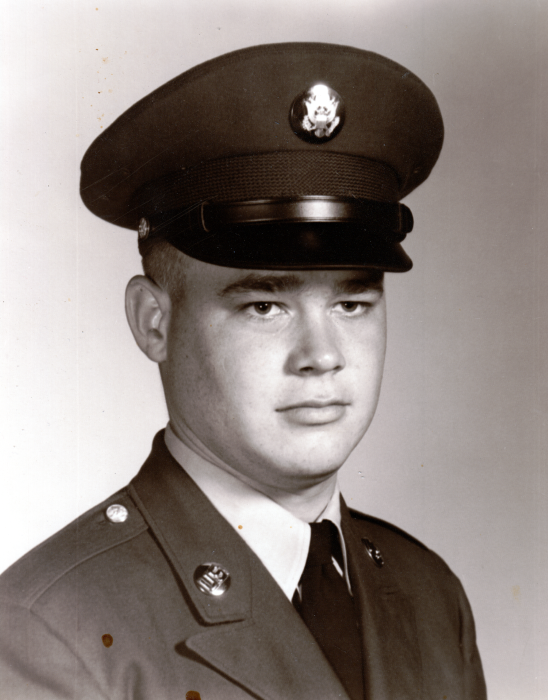 Doug was one of three children. They moved to Commerce, OK when he was eight years old and lived there for two years before finally settling down in Tulsa where he spent the rest of his teenage and younger years there. Then he met and married Wilma Romine and together they had three daughters. When the older two daughters got married and moved out, Doug and Wilma moved to Claremore to what he called a little farm. Doug was an independent truck driver for 30years. But he didn’t let that stop him from restoring a 1966 Chevy pickup. When he wasn’t driving for a living, the whole family enjoyed traveling to different places to show that truck off. At 66, Doug retired from truck driving and went back to school to become a master gardener. His favorite thing to grow was garlic. See, he wouldn’t just grow one kind; Doug would grow six to seven different types. Doug liked to encourage people to never give up, so he started volunteering at the schools to teach the children to grow their own food. He would dress in his overalls and straw hat, and call himself, Farmer Doug. When he went out in Claremore, the children would recognize him and tell their parents about Farmer Doug. Our father was not an easy man to get along with (coming from his youngest daughter), but he always had a way of making you feel like you could really achieve your goals.

Sadly, Doug lost his battle to cancer. We didn’t have any idea that he had it. In that, there was a blessing he didn’t suffer long and he had his family by his side when he passed. We can’t even begin to tell you how much we already miss him. If he taught us anything, it was to put our heart in everything we do and we will usually be successful.

He is survived by his wife, Wilma Chambers, of the home; children, Kellie Croswhite of Collinsville, Dee Smalley and husband Doug of Tulsa, and Stacey Taylor and husband Terry of Claremore; grandchildren, Jennifer Draper and husband Justin of TX, Lindsey King of TN, and Jaymie Perkins and husband Marshall of Nowata, Jason Smalley and wife Jenny of PA, Trenton Chambers of Claremore, and Wyatt Lee of Claremore; great-grandchildren, Fletcher Draper of TX, Miles Draper of TX, and Weston Perkins of Nowata; numerous nieces, nephews, and cousins; brother, John Chambers and wife Marie of Tulsa; sister, Connie Jones of Collinsville; mother, June Avilla of Broken Arrow; and many other relatives and friends.

He was preceded in death by his father, Paul Chambers.

Your browser does not support this video format. You should be able to view it in Chrome, Safari or Internet Explorer.
To order memorial trees or send flowers to the family in memory of Douglas Eugene "Doug" Chambers, please visit our flower store.