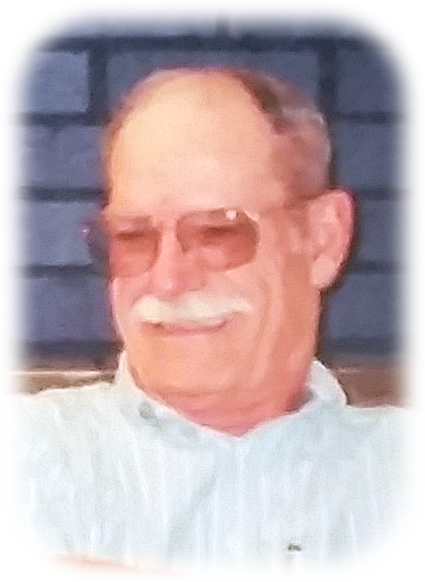 Donald was the youngest of ten children born to Joseph and Mabel Coltharp in Wolco, OK on June 5, 1940. He passed away August 21, 2015 in Skiatook, OK.

Being the youngest of ten, several of his nieces and nephews he grew up with were his age, and were more like sisters and brothers to him.

He shared many of his childhood stories with his children and grandchildren who enjoyed them. One of them was when Donald was small, since he was afraid of storms or when he had a bad dream, he would go into his sister's room where there was one bed shared by three of the girls. His sister Martha always slept on one side in case she needed to get up without disturbing the others. Donald would lie on the floor on Martha's side of the bed and she would hold his hand all night. Then early in the morning, she would wake him up so he could return to his bed so no one would know he had been afraid and sought out Martha's comfort in the night. Donald also told of his brother Robby buying Don and Wayne a bicycle that they shared and rode all over Wolco and the countryside.

Donald followed in his brothers footsteps when he enlisted with the Army. All of the other brothers had served and although it wasn't in war time, he joined. His brothers were always very good mechanics. Many people would bring their cars to "the Coltharp boys" for repair. Many times, they could simply listen to how the car was running and know what repair was needed.

He enjoyed bird and rabbit hunting, fishing, camping, water skiing, metal detecting, collecting old pop bottles, traveling and tinkering in his garage. He had motorcycles that he rode with Fern and his children. When his daughter began dating, Donald wouldn't let her boyfriend park his Chevy truck in his driveway or in front of the house. Anyone who knew him knew without a doubt that he would only own a Ford, Lincoln or Mercury.

Donald enjoyed spending time with family and his grandchildren. His grandchildren meant the world to him. Don was always supportive and attended as many football, basketball, and soccer games as he could. Don was giving, caring and very “STRONG WILLED” (stubborn) but always willing to help if he thought he could. Donald was a very strong foundation for his family. He was very dedicated to providing for Fern and their kids. He had a fun side as well. Darren will never forget the camping and fishing trips they often took. He loved country music, especially, George Jones songs.

For those who didn’t know Donald, He didn’t have a college education; however, you would have certainly thought he had. Donald was excellent at his job, and could solve and fix any, if not all issues dealing with any type of machinery. He was always trying to come up with different solutions to resolve different issues. Throughout his life he worked in a steel foundry, as a machine operator at various manufacturing plants, and as a welder. Donald also ran a wrecker service while living in Denver, CO, rebuilt diesel engines for Big Heart Trucking, spent many years at McDonnell Douglas in maintenance, and owned and operated an electrical and industrial machine repair business, in which he traveled for both nationally and internationally in his career. Donald was described as a workaholic, since he enjoyed working and worked a lot.

Darren admired his father very much. Darren’s wife, Rhonda is honored to have called him her father-in-law. Donald was a great father-in-law and has helped Darren and Rhonda with many different things over the past 16 years. His son-in-law Cliff enjoyed talking to Don about maintenance problems where he worked and the work Cliff was doing to their vehicles. Cliff always respected Donald and shook his hand when saying goodbye.

He was loved and will be greatly missed by many.

He was preceded in death by his wife, Fern; sons, Donald Jr. and Delray; granddaughter, Michelle; brothers, Walter, Bob, Gene, Rob, and Richard; sisters, Martha, Margie, Alyne, and Barbara; his parents, Joe and Mabel Coltharp; as well as many extended family members.

Click to download / open
To order memorial trees or send flowers to the family in memory of Donald Lynn Coltharp, Sr., please visit our flower store.